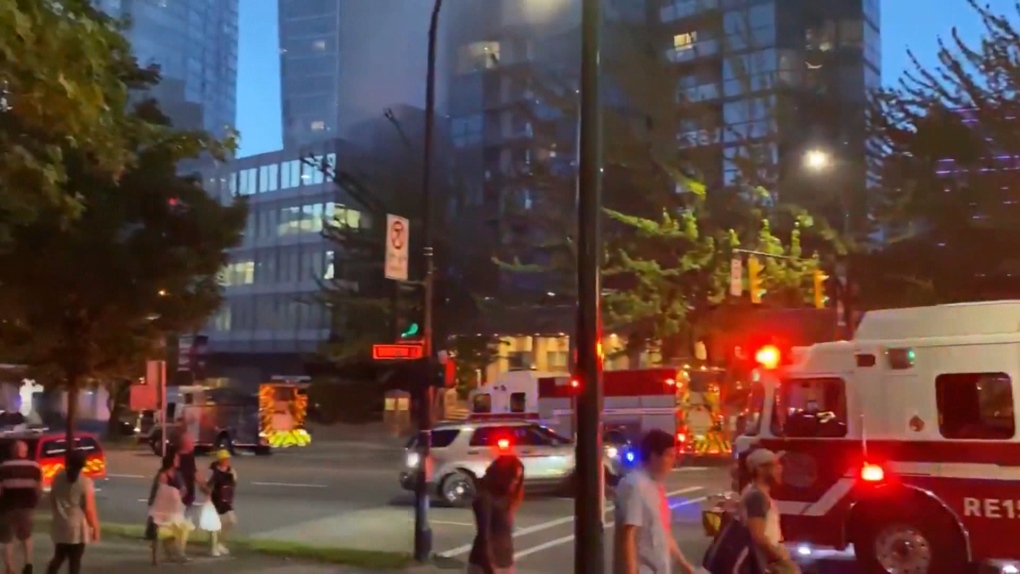 A two-alarm fire at a downtown Vancouver office building led to hours of road closures on Aug. 9, 2020.

The fire broke out at an office building on West Georgia Street, between Nicola and Broughton streets. Fire crews said they were called in at about 8:30 p.m. and more than 30 firefighters were eventually sent to the area.

Smoke could be seen coming out from inside a seven-storey building and fire officials at the scene said the visibility in the underground levels was "near zero," making the search for the fire source "very frustrating."

Crews eventually found the source hours later: a generator in a mechanical room had blown some gaskets.

Fire officials say only four people were in the building at the time and they were all accounted for and uninjured.

The fire was contained to just the one building and no others were evacuated.