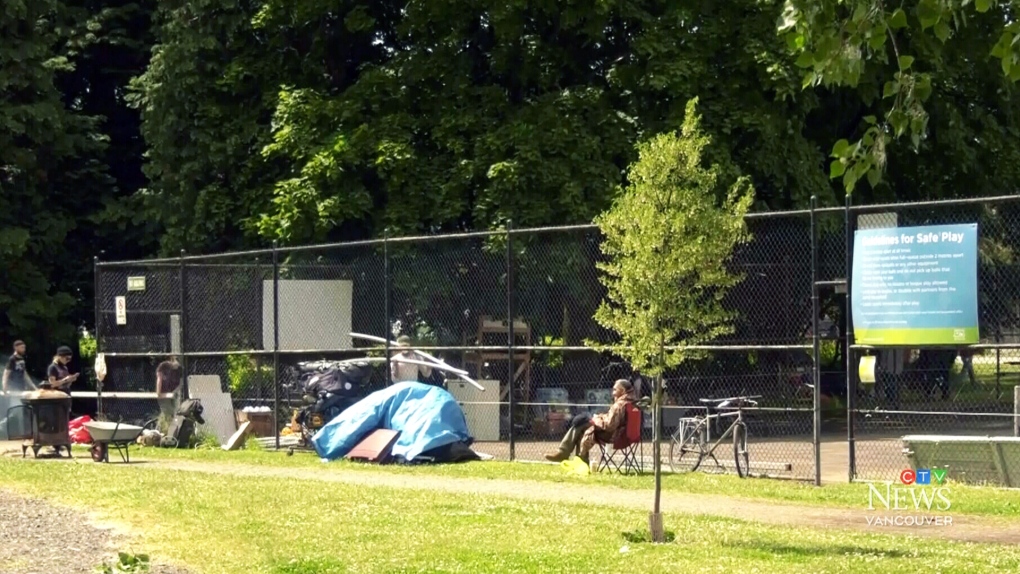 VANCOUVER -- Residents and businesses in Vancouver's Strathcona neighbourhood are calling on the city and the province to create a permanent site for homeless campers in the city - one that's not located in Strathcona Park or another of the neighbourhood's few public green spaces.

"We would like the park to stay a park," said Theodora Lamb, executive director of the Strathcona Business Improvement Association.

Lamb's organization is one of several in the neighbourhood - including the distribution companies located on nearby "Produce Row," as well as the Strathcona Residents Association and the Strathcona Community Safety Society - that are asking provincial and municipal governments to act quickly to secure a permanent site for homeless people currently camping in Strathcona Park.

The organizations say they don't want the Strathcona Park encampment to become entrenched and dangerous, as they say a previous tent city at Oppenheimer Park was.

"The Strathcona BIA and the residents alike have both been through Oppenheimer," Lamb said. "We've watched what's happened to the community and the impact on the residents and the businesses around that park, and we don't want that to repeat itself here."

She said the Strathcona Park camp has roughly doubled in size over the last two weeks.

Lamb cited permanent homeless camps set up in other cities, specifically Seattle and Portland, as examples the city and province could follow.

Such a site would allow for better provision of services for the homeless people living there, and prevent them from having to relocate regularly to different parks and spaces around the city, Lamb said.

"We know that housing cannot be built overnight," she said. "We know that. So we need an interim solution that does not keep leading to displacement."