Speed a factor in crash that sent motorcyclist to hospital in serious condition: Port Moody police 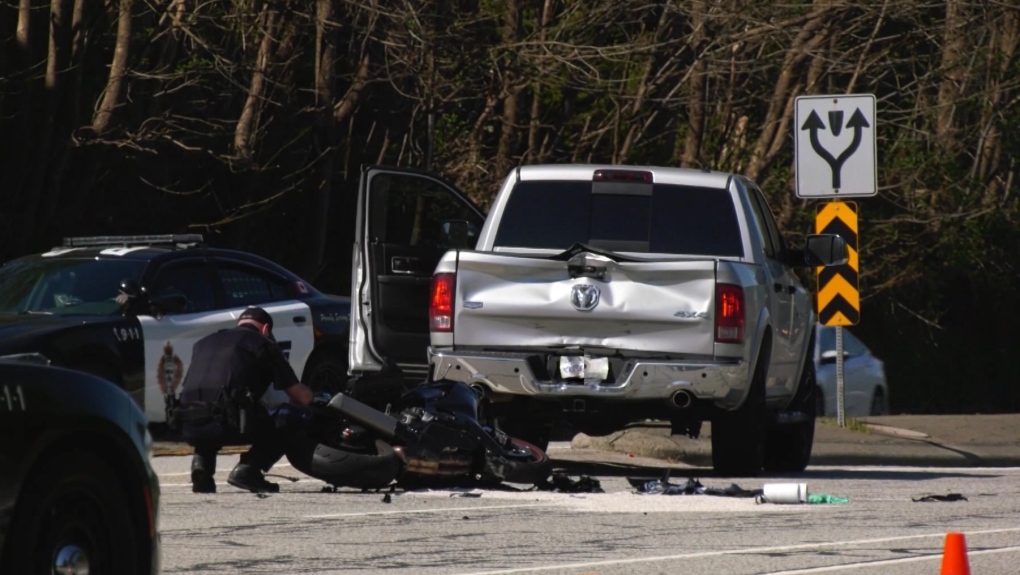 Police in Port Moody say speed is believed to be a factor in a serious crash on April 18, 2021.

VANCOUVER -- Police in Port Moody say speed is believed to be a factor in a crash that closed a section of a local highway for several hours.

Officers were called to Barnet Highway near View Street at about 1:30 p.m. Sunday. When they arrived, they discovered a motorcycle had crashed into the back of a pickup truck that had stopped.

The 21-year-old motorcyclist, who is from Vancouver, had serious head injuries from the collision and was taken to hospital. Police say he's in serious but stable condition.

"While the exact circumstances surrounding the accident are still under investigation, speed has been determined to be a factor," Port Moody police said in a news release.

Barnet Highway was partially closed to westbound traffic while police investigated the incident until about 8:30 p.m.