Snowfall warning still in effect for Metro Vancouver; up to 15 centimetres possible 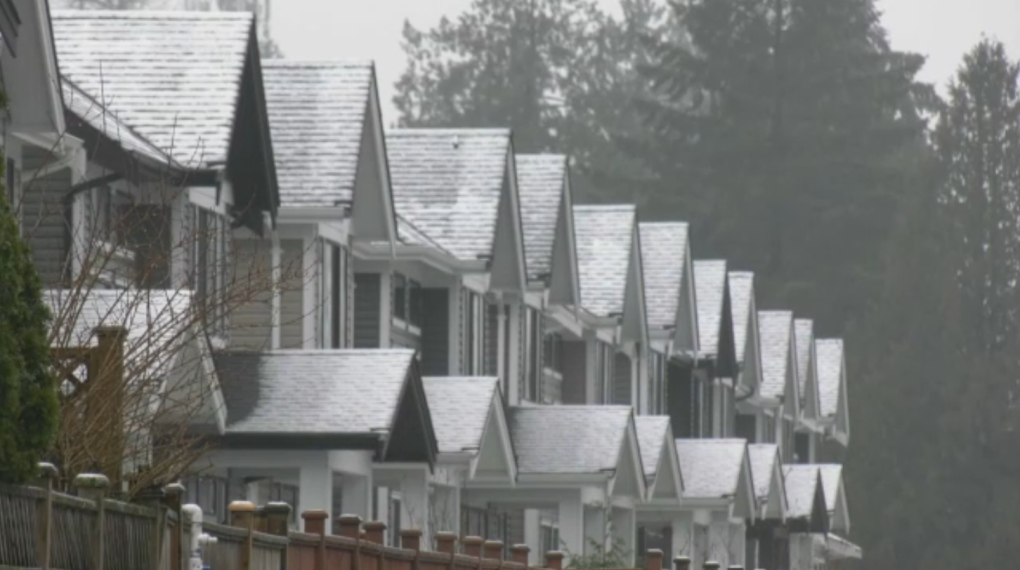 Metro Vancouver remained under a snowfall warning on Sunday, with Environment Canada forecasting up to 15 centimetres in some places by Monday. (CTV)

NORTH VANCOUVER, B.C. -- Metro Vancouver remained under a snowfall warning on Sunday, with Environment Canada forecasting up to 15 centimetres in some places by Monday.

That said, little snow actually fell in Metro Vancouver and the Fraser Valley overnight Saturday and into Sunday afternoon. The storm brought mostly rain in Vancouver and at lower elevations on the North Shore.

“We had hoped there would be more,” said North Vancouver resident Kathy MacKenzie, whose daughter Emma wanted to go tobogganing.

Instead, the family made a scavenger hunt for Emma’s friends.

“Each map has an x on them and it leads them to a different map and it’s going to lead them to the candy shop at the corner of the street,” Emma explained.

Nearby, Susanne Stockdill was out shovelling the snow on her driveway and sidewalk.

“I want to get out and get the snow off before it snows again,” she told CTV News Vancouver. “Get the first layer of salt down to make sure that any further snow is less and we keep the pedestrians safe.”

Sunday’s snow was heavier farther inland and at higher elevations. The operator of Golden Ears Provincial Park tweeted that the weather forced the closure of Park Road there Sunday.

#GoldenEars Park road is CLOSED to vehicle traffic due to snow. Visitors can park in the Main Corral parking lot and walk into the park. We will re-evaluate conditions at noon. #BCParks @CKNW @NEWS1130Traffic @GlobalBC @CTVVancouver

As Environment Canada’s warning remains in effect, BCAA has a reminder.

“Anything can go wrong at any time,” said spokesperson Josh Smythe. “If you’re in doubt, don’t go out.”

Smythe told CTV News it seems like people are more prepared than years past, but there are a few extra things to include in your winter safety kit this year.

“Make sure you include some extra COVID essentials: some extra hand (sanitizer), face masks, these kinds of things,” he said.

Smythe also said this is not the time of year to put off vehicle maintenance.

“It’s these little trips, these little, ‘Oh, it’s just a couple of minutes,” that can go sideways,” he said.