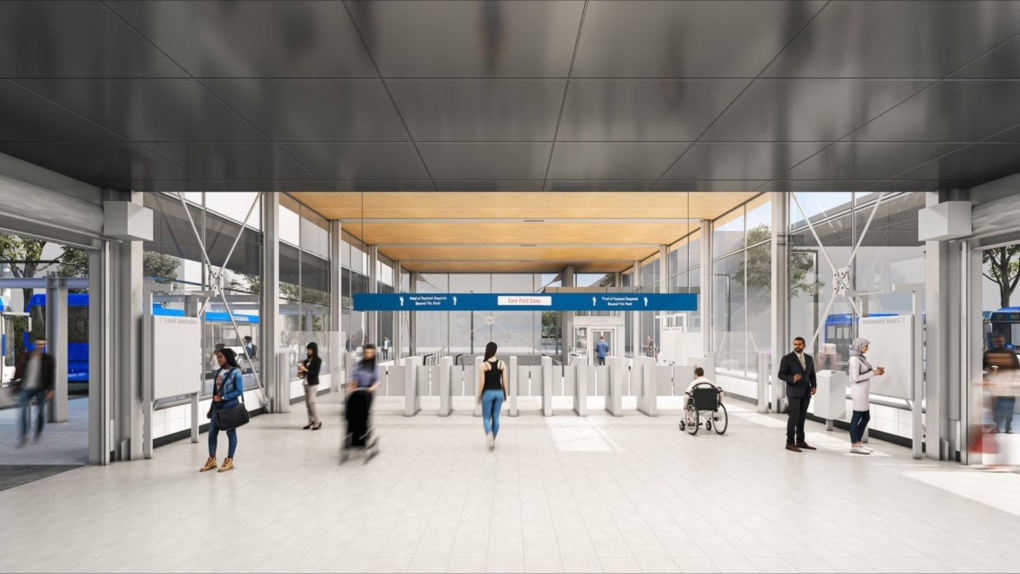 The interior of Arbutus Station is shown in an artist rendering from the Broadway Subway Project Corporation.

VANCOUVER -- Sites are now being cleared to make way for the $2.83 billion Broadway Subway project, which aims to help people get around one of the busiest parts of Vancouver when it's completed in 2025.

The government says in a joint release with B.C. and local officials that some building demolition is necessary to construct six new station entrances and and create areas that will be used for work staging and storage.

It says this will help keep construction activity off Broadway and adjacent streets as much as possible, reducing disruption and managing safety for drivers, pedestrians and cyclists.