Should B.C. have a 'Silver Alert' system for missing seniors?

A local man is continuing his push for a province-wide "Silver Alert" system five years after his father walked away, never to be seen again.

On the anniversary of the disappearance of Shin Noh, his son Sam is again calling for a program that would notify media and the public when a senior with Alzheimer's or dementia wanders off.

The system he advocates for is similar to Amber Alerts sent out when children are missing.

While the program has yet to be officially implemented, a citizen-created alert system has been developed and is operating on social media.

A website set up by Sam Noh and other volunteers collects donations and raise awareness said the notifications are also sent out if a person has a developmental disability, autism or cognitive defect and has been determined to be at risk of harm because of their condition.

They are sent if the subject has been determined to be a missing person by police and has been gone less than 72 hours.

For now, alerts are only sent out for those missing in B.C.'s Lower Mainland, but the organizers intend to expand to the rest of the province in the future. They will only be sent in cases when public assistance could be critical in saving them from harm, the website said.

The BC Silver Alert system is based on software that scans feeds of local police forces for specific keywords. The software will flag the content and a volunteer will review it, post it online and send out an alert.

Noh said early notification can be crucial, as typically missing Alzheimer's patients are found by members of the public.

"With an official Silver Alert program we can utilize better technology to quickly spread that word – highway billboard signs, media – but without even the Silver Alert there's still other tools that we have in our community," Noh said.

"With the City of Vancouver you can sign up for alerts to receive notification about garbage day pickup. So we have this technology. I would like for us to utilize it."

BC Silver Alert co-founder and Coquitlam Search and Rescue search manager Michael Coyle said people with dementia are often found on the bus when it goes out of service, or when a restaurant closes, or in other similar situations. They're rarely located by SAR groups, though officials are active and hopeful during their search efforts.

The cases where the missing person isn't found stick with them, Coyle said.

"All SAR members I know have a list of names they remember, the people that they didn't find, and for most of the rest of our lives, when someone finds remains in some location, mentally we're going through our check list," he said. 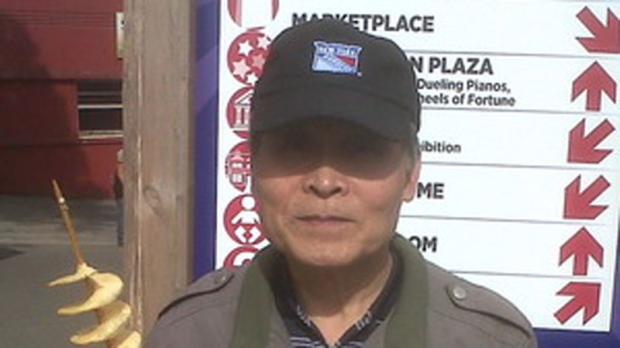 Shin Noh, a 64-year-old former pastor from Coquitlam, B.C., went missing in September 2013 and has never been found.

Pointing to legislation in other provinces in Canada, those behind BC Silver Alert say they want the notifications to be included in a system tested in B.C. in the spring called Alert Ready. The system sends text messages to smartphone users in event of tsunamis, but will later be expanded to include floods and fire warnings, the province's public safety minister said.

There is an app being tested in other provinces called Community ASAP which could also have potential to notify residents of a specific area, and to allow them to report sightings to local authorities. Coyle said it will be tested locally in October.

'Let's give them some time'

Back when his father went missing, Noh found an ally in NDP MLA Selina Robinson. At the time, the Liberals were in power, but Robinson proposed a private member's bill.

The BC Silver Alert group has since reached out to the NDP government, but he said they were told that while it's still an important issue to them, they're dealing with other things right now.

Now a cabinet minister, CTV News asked Robinson for an update on Tuesday.

"My heart goes out to the Noh family. I was on the ground helping with the search five years ago, I remember it well," she said.

Robinson said she's been in "constant contact" with Noh since then, and that she's been speaking to the other ministers about moving it forward.

Coyle and Noh said they hope the conversation will continue.

"It's disappointing but let's give them some time," Noh said.

The search for Shin Noh

Noh recalled the day his father disappeared, describing the experience of driving around to Shin's usual spots as "surreal."

The longer he searched, the more urgency he felt.

His family called the Coquitlam RCMP, and relatives, friends and neighbours combed the areas where they thought he may be.

"I'm truly grateful, but we sort of felt like we were still alone, that we had to come up with all these search and rescue strategies, so it was frustrating at that time," he said.

Coyle was involved in the search for Shin five years ago, and has helped search for several others in similar situations. He said every time SAR groups are alerted to a missing person with Alzheimer's or dementia, they begin with a similar discussion about where to look.

"In an urban environment, there are just so many places where someone could go. People don't notice the missing person, they don't look unusual, they're just walking along, they won't be asking for help," Coyle said.

"Normally for search and rescue we end up looking where people don't go, in case the person gets stuck or trapped, which happens. So we end up in urban wilderness trails and things like that."

With Shin's case specifically, he said he remembers they didn't have a direction of travel. They knew he walked a route every day, but at any point he may have missed a turn.

"Also because of how long it had been since he'd gone missing, our search area was quite big. He could have walked for hours in any direction."

But because members of the public are statistically more likely to find missing persons with conditions such as dementia, Coyle said he felt frustrated that there was no system to alert the public early on.

Tips poured in, and there were confirmed sightings of his father, Noh said, but the family didn't know about them for three days.

"I think if we had the Silver Alert or something similar… we may have been able to follow up with it a lot quicker and he may be home with us today," Noh said.

Five years later, he said he's surprised they never found his father's remains, and that it's hard not to have been able to give Shin a proper burial.

"I want our community to utilize technology to help current families that are dealing with this and to help future families, because the whole goal is I want to save them the devastation and the grief of what we went through."