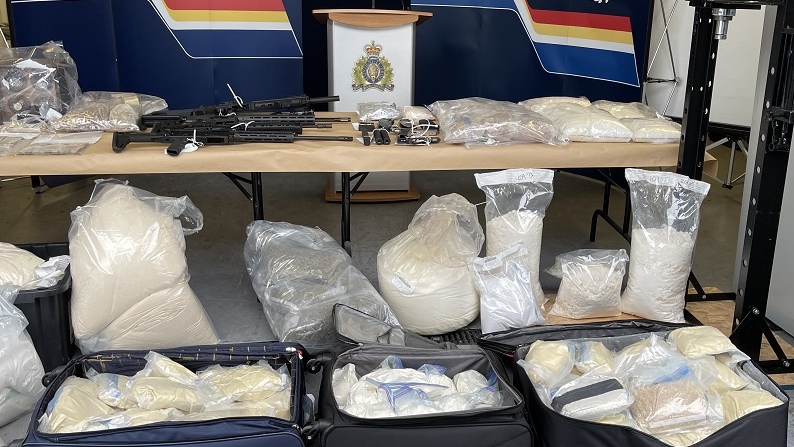 RICHMOND, B.C. -- Six people have been arrested after RCMP in Richmond, B.C., conducted a series of raids on what they say were drug labs.

Police say in a news release they uncovered hundreds of thousands of doses of suspected illegal drugs, six weapons and three pill presses.

The weapons found ranged from handguns to carbine-style rifles, and police say they also discovered cash and high-end items believed to be proceeds of crime.

Mounties say they began their investigating into suspected drug labs back in March, culminating in arrests on Oct. 28.

Police say drug labs pose a significant threat to public safety, and they called for people to report potential sites.

No suspect has yet been charged in connection to the raids.

This report by The Canadian Press was first published Nov. 18, 2020.