Senior struck by vehicle in Coquitlam on Saturday afternoon 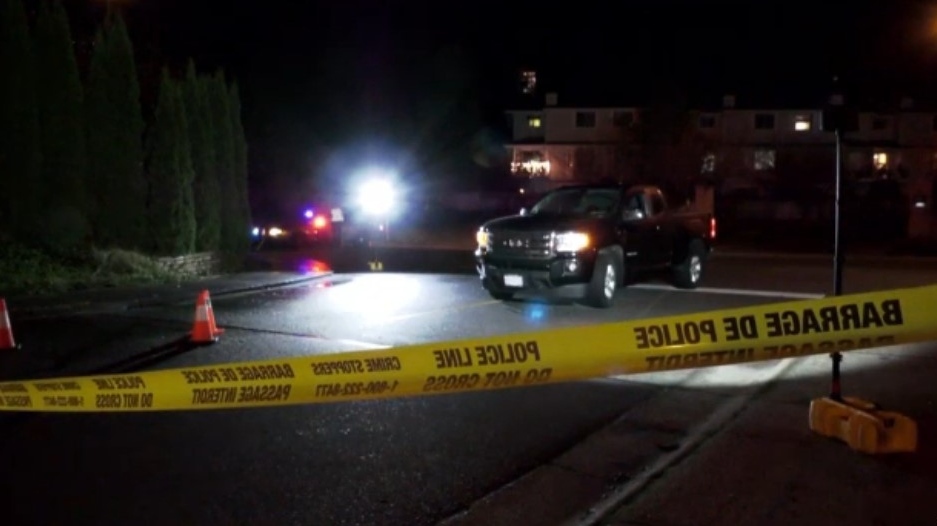 VANCOUVER -- An elderly man in Coquitlam was hit by a large vehicle on Saturday afternoon and is in serious condition, say Coquitlam RCMP.

Around 1 p.m., police were called to the intersection of Falcon Drive and Harrier Drive, according to RCMP Cst. Dave Lally.

The pedestrian’s injuries are serious, but further details on his condition have not been released.

Lally said the driver of the vehicle is cooperating, and that an investigation is underway.

After the incident, at the scene of the crash, a black GMC truck could be seen in the intersection with its blinkers flashing.

The area was closed until past dark on Saturday while police processed evidence at the scene.

So far, drugs and alcohol are not believed a factor in the incident.