Seizure of drugs, swords, fake gun and $15K prompted by tip from the public: Surrey RCMP 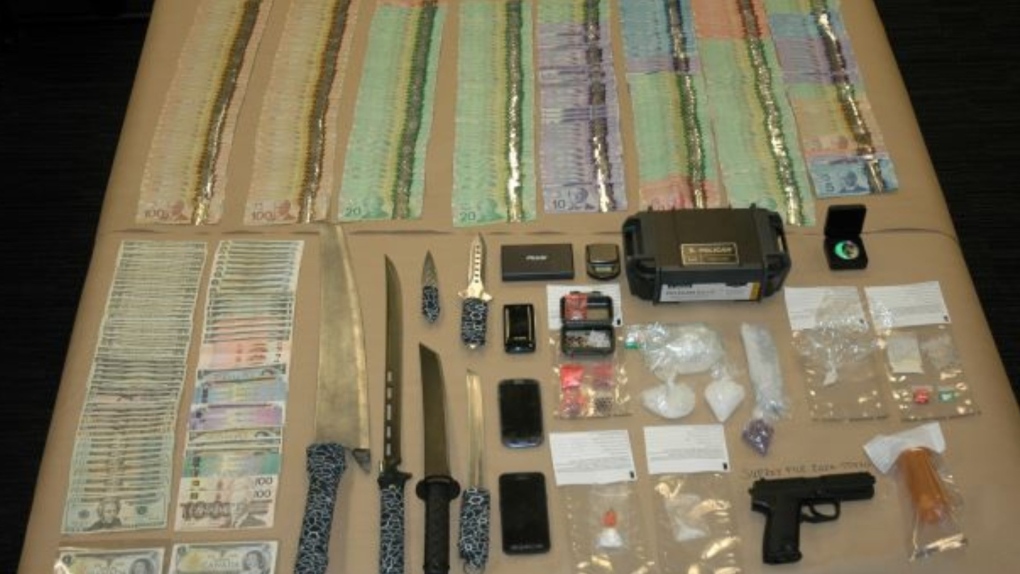 Items Mounties say were seized in Surrey late last month are shown in an image from the Surrey RCMP.

VANCOUVER -- Surrey RCMP say a tip from the public led to the seizure of a stash of illegal drugs, weapons and cash.

Police say a month-long investigation led to the execution of a search warrant at a home in Newton last Tuesday.

Officers seized over $15,000 in cash, suspected illegal drugs including methamphetamine and fentanyl, and knives, swords and an imitation gun.

Two men and two women were arrested but police say they have been released without charges pending further investigation.