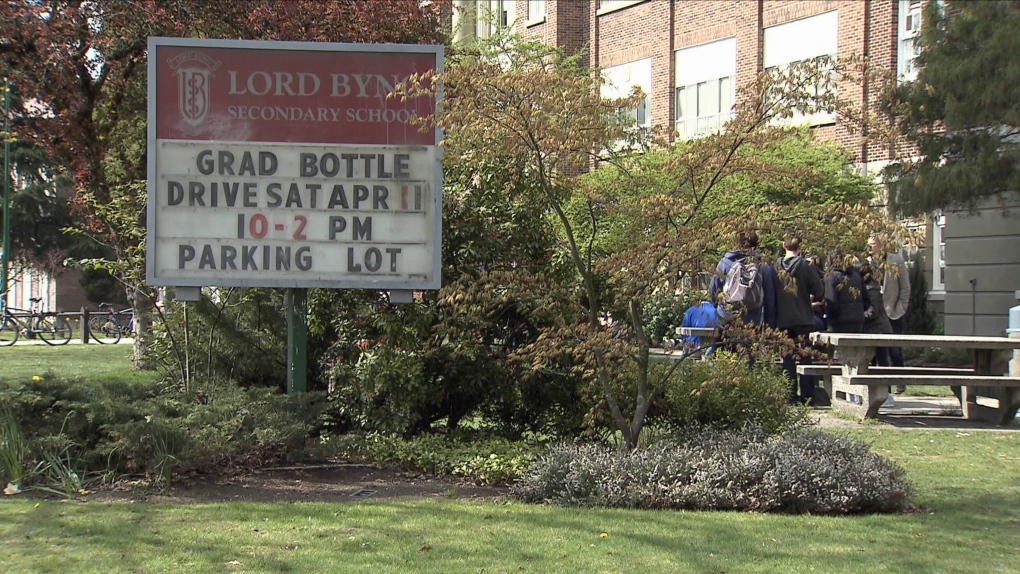 Officials are defending an optional sex education program at a Vancouver high school that's come under fire from a local conservative activist.

Simpson, who once filed a human rights complaint against the Vancouver School Board over its anti-bullying policy, secretly recorded audio of the event.

According to a transcript she posted online, among the dozens of questions asked were "What does one use to perform safer oral sex on a woman?", "People who enjoy putting on fuzzy animal costumes for sexual purposes are called…?" and "At which age do you text a picture of your naked bits?"

The answer to the latter was 18, Simpson said. That corresponds with Canadian law, which bars underage teens from exchanging nude images on their phones.

Simpson was outraged by what she saw, describing the voluntary lunchtime program as a matter of "adults fulfilling their perverted needs."

But the Vancouver School Board is making no apologies about "Sex at Lunch," which trustee Dianne Turner described as a welcome opportunity for students to augment the school's sex-ed curriculum.

"We are very proud of [Lord Byng's] innovative and welcoming programming that encourages students to discuss and explore sexual health, sexual orientation and gender identity," Turner wrote in a letter distributed to parents Thursday.

"The role of schools in providing sexual health education to students is well-supported by Health Canada and other recognized authorities in public health. We stand behind the educators who teach sexual education to our students and the administrators who ensure our students have a safe environment in which to learn."

Officials said Simpson attended the event without permission, and was not authorized to make recordings of the participants, who included both adults and youths. The activist has admitted she did not sign in at the school's office when she arrived.

After it was over, Simpson and a friend also began distributing anti-sexual orientation and gender identity pamphlets to students on school grounds "in an aggressive manner," Turner said.

"They were asked to stop and leave," Turner said in her letter. "They were also asked to delete any recordings of the presentation and they refused. They behaved aggressively to VSB staff and once off school grounds, continued to distribute their pamphlets."

Simpson said she attended the event because parents “have a right to know what their kids are being exposed to."

She suggested the "Sex at Lunch" events are hidden from parents, though Turner said both parents and students are regularly made aware of Lord Byng’s sexual education program, as well as the nature of related extra-curricular events.

Simpson has not responded to a request for comment. A communications staffer for the school board directed CTV News to Turner's letter.