ABBOTSFORD, B.C. -- An B.C. family is badly shaken after a large tree crashed into their home Wednesday evening, narrowly missing a teenage girl.

It happened just after 5 p.m. at the house on Sandpiper Drive in Abbotsford.

One of the residents, Komal Dhaliwal, told CTV News Vancouver the impact sounded like an "earthquake," vehicle crash or explosion in their home.

"We heard a bomb-like thing," Dhaliwal said, adding she and her family ran upstairs to find out what happened.

Dhaliwal says her 16-year-old niece was in the room at the time, sitting in a chair just steps away from where the tree landed on her bed.

"She almost died. That was the scariest thing ever," Dhaliwal said. 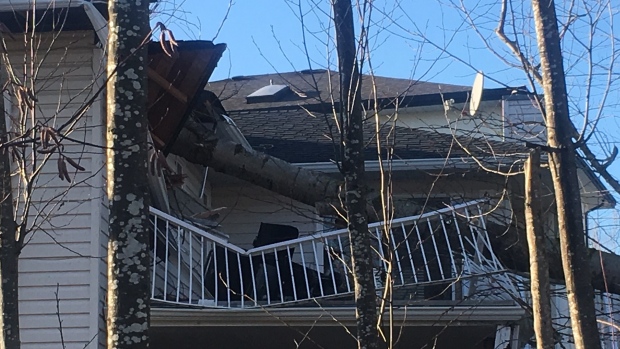 No one inside the house was hurt, but the damage is severe.

Dhaliwal said her family contacted the city more than once over the last two years they've lived at the house with concerns about the trees on the greenbelt surrounding their property.

The family provided copies of emails sent in early 2018, which included pictures of branches scattered in their yard. They expressed concern that falling branches had caused damage, and asked for the city to send an arborist.

"They checked everything. They were like, 'These trees are healthy. They're not going anywhere," Dhaliwal said.

In an email, the City of Abbotsford said "significant" tree work took place in the area in February 2018, including tree removal. A spokesperson said the city had not received another service request since then. 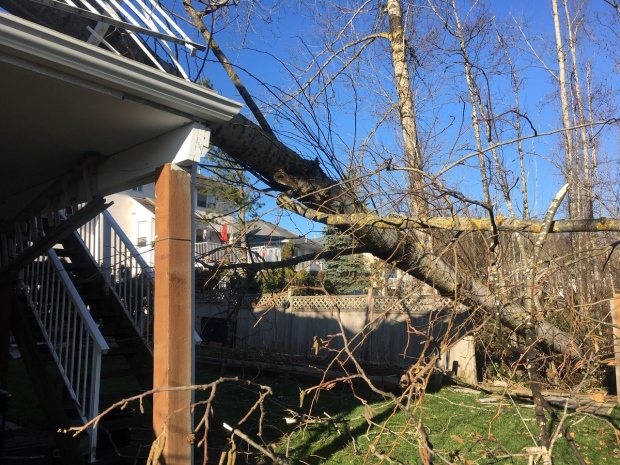 On Thursday afternoon, a city worker arrived and appeared to inspect the tree. After that, Dhaliwal said the family was told a beaver had damaged the tree.

Crews arrived and chopped the fallen trunk into pieces. Dhaliwal said her family still feels this could have been prevented.

Dhaliwal said her family is now dealing with their insurance company, but they still want the city to cut down one remaining large tree that's still standing behind their home to remove the risk of anything like this happening again.

The city has confirmed five additional trees damaged by beaver activity will be removed from the site.