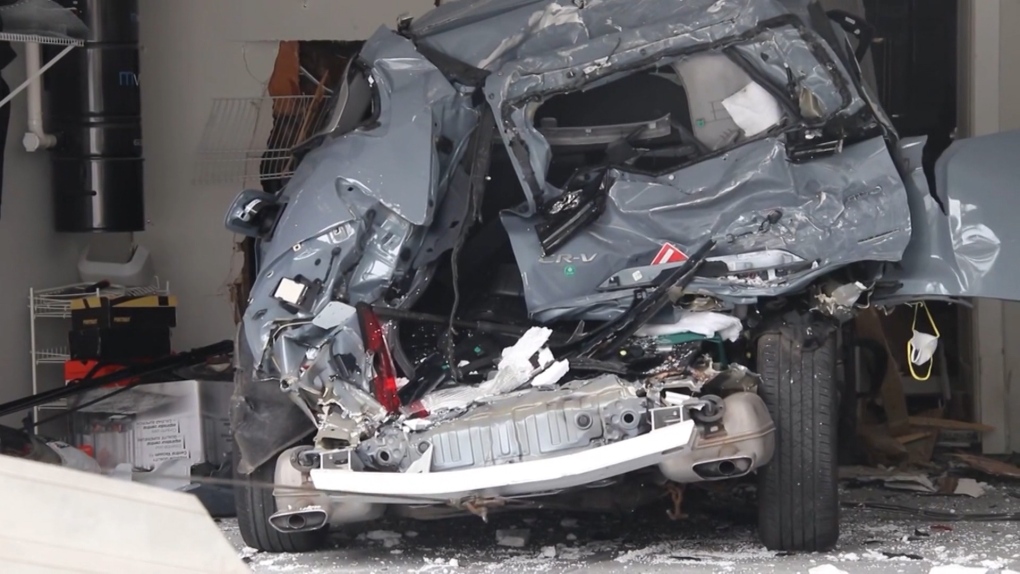 A car and the inside of a garage were both severely damaged after a truck with a mechanical issue crashed into them in the morning of Jan. 10, 2021.

VANCOUVER -- A runaway truck that crashed into a home in Surrey Wednesday morning led to extensive damage, but no serious injuries.

The crash happened on 98A Avenue near King George Boulevard Wednesday. Surrey Mounties told CTV News Vancouver the truck only stopped once it struck a vehicle inside a garage.

Images from the scene show the vehicle inside the garage was completely crushed and there was extensive damage to the wall, where the vehicle was pushed into it.

The driver of the truck was trapped until he was removed by members of the Surrey Fire Service and he was taken to a local hospital with minor injuries.

Police say speed and alcohol weren't factors in the crash, but they believe it was caused by a mechanical malfunction.