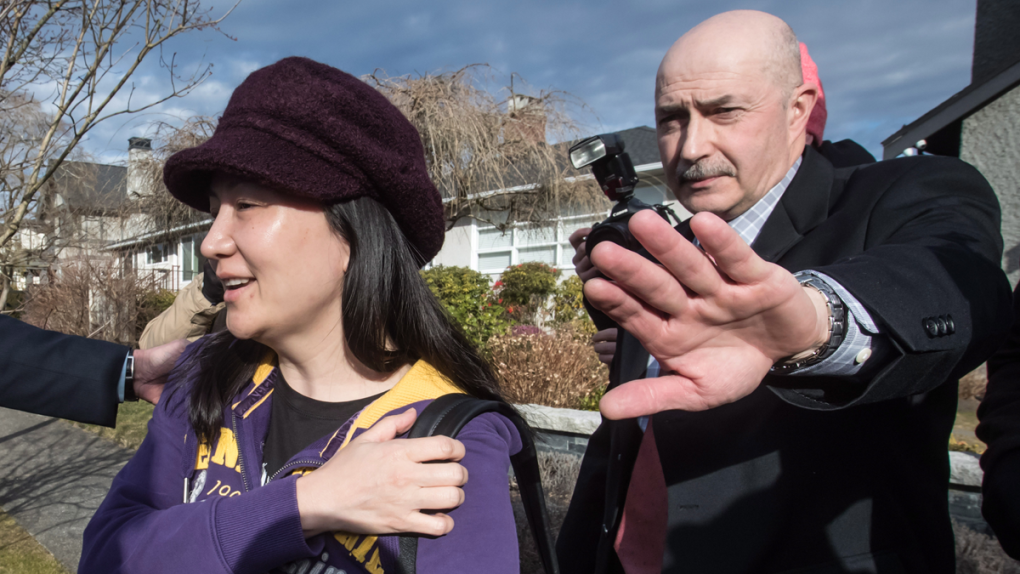 Huawei chief financial officer Meng Wanzhou is accompanied by a private security detail as she leaves her home to attend a court appearance in Vancouver on March 6, 2019. (THE CANADIAN PRESS/Darryl Dyck)

VANCOUVER - A judge has ordered the RCMP to provide copies of the content on seven electronic devices to an executive of Chinese tech giant Huawei Technologies after they were seized when she was arrested at Vancouver's airport.

Justice Heather Holmes of the British Columbia Supreme Court says the RCMP must make copies for Meng Wanzhou of data on an iPhone, an iPad, a Macbook Air, a Huawei phone, two SIM cards and a flash drive.

In the order issued today after a brief hearing in court, Holmes says that within three days a representative of the Mounties must provide the electronics to the force's technical crime unit so content can be extracted onto devices provided by Meng.

Two sealed copies of the data are to be transferred onto devices provided by the RCMP, which must keep them in a secure exhibit locker until they are provided to the court, along with the seized electronics.

The items were confiscated on Dec. 1 when Meng was taken into custody at the request of the United States, which is seeking her extradition on fraud charges.

Meng has been free on bail since Dec. 11 and is living in one of her two multimillion-dollar homes in Vancouver while wearing an electronic tracking device and being monitored by a security company.

She and Huawei have denied any wrongdoing.