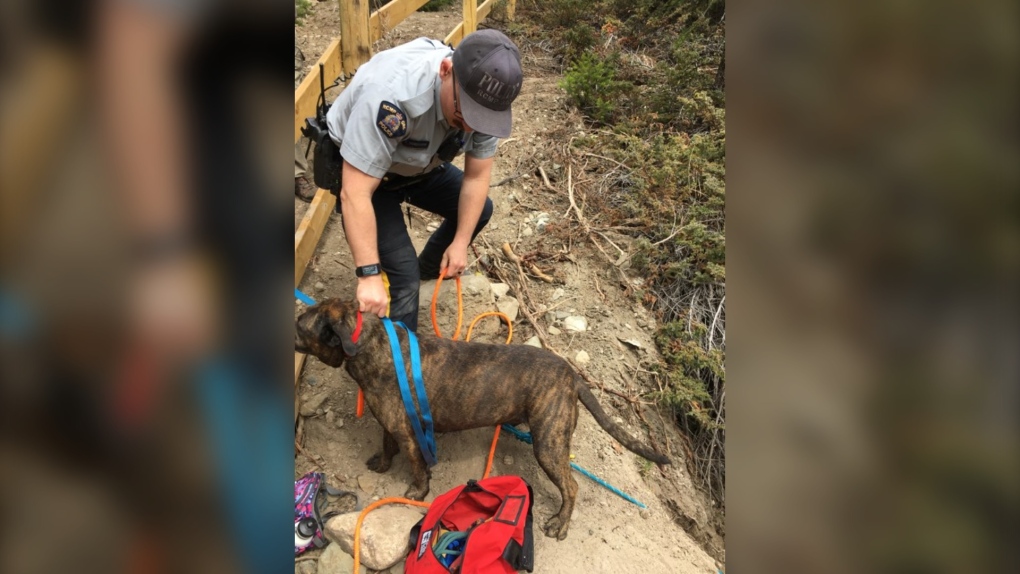 Chevy, an 80-pound American bulldog terrier cross, got stuck while on a hike with her owners near Mimi Falls. (Margot Wikjord/RCMP handout)

VANCOUVER -- A dog that got trapped on a ledge overlooking a B.C. waterfall is safe at home with her owners after what emergency crews area calling a "rare and risky canine rescue."

A Mountie from the Logan Lake area in B.C.'s Southern Interior joined the local fire chief to carry out the rescue late last month after seven-year-old Chevy, an 80-pound American bulldog terrier cross, got stuck while on a hike with her owners near Mimi Falls.

Margot Wikjord, Chevy's owner, said it was her first time doing the hike and she was with a couple of friends.

"When you get there there's a lot of sheer rocks," she told CTV News Vancouver. "There is a barricade there, but Chevy managed to get around the barricade … she got about partway down and she was on the ledge and she couldn't get up, she couldn't get down."

A bystander hiked to cellphone range to contact local RCMP for help. 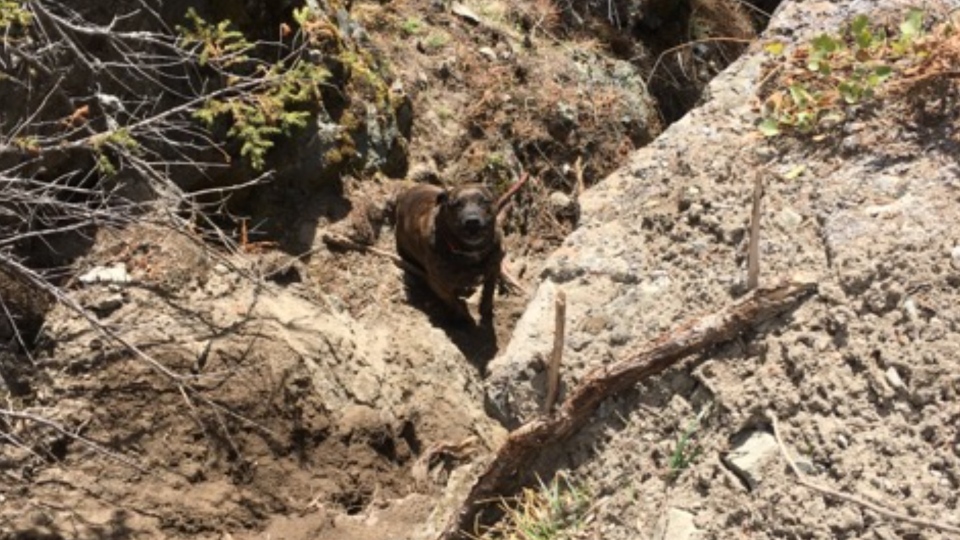 "I managed to scramble around the barricade and I sat on the edge, kind of on the rock, and talked to her," Wikjord said about the April 28 incident, adding that Chevy was stuck about three metres down for more than two hours.

Const. Kyle Vandimars worked with Doug Wilson, the local fire chief, to use climbing and rappelling gear to safely retrieve Chevy. She was then reunited with her family.

"She was very happy and jumping around and crying," Wikjord said. "We came home and I had a stiff drink." 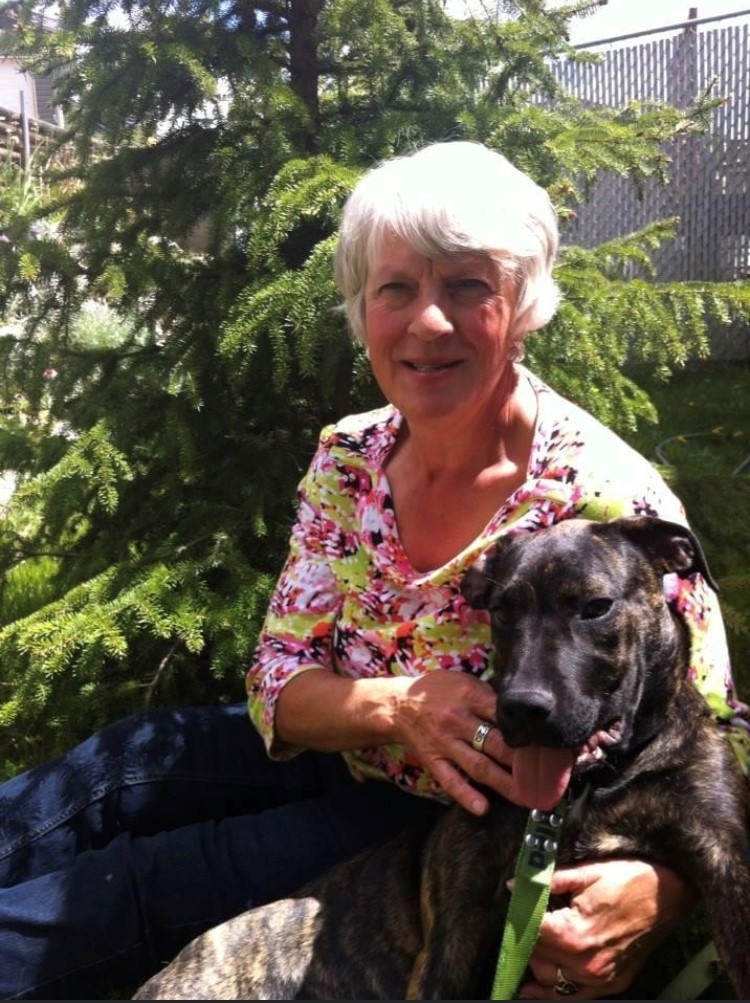