Quesnel is B.C.'s most dangerous city, in Canada's top 5 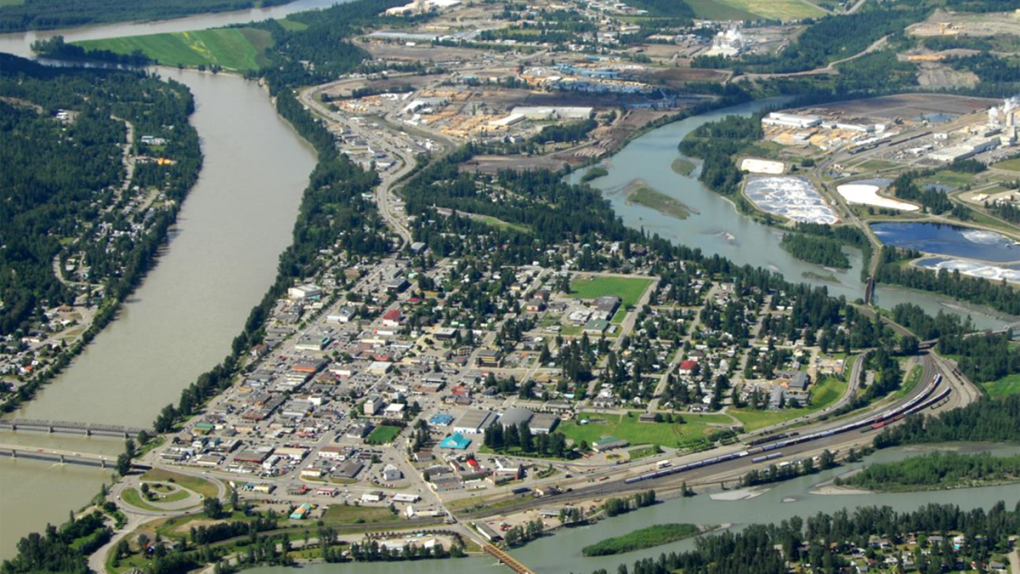 An aerial photo published by the B.C. government shows Quesnel.

VANCOUVER – Three B.C. cities made the top 10 in a ranking of Canada's most dangerous places to live.

The annual ranking published by news magazine Maclean's included 237 cities in Canada. In the top 10 were Quesnel, Terrace and Williams Lake.

The list was based on the Crime Severity Index, a Statistics Canada-fuelled measure of all reported crimes weighted by volume and seriousness. The ranking released this week was based on the most recently released data set, which looks at rates from 2018.

When looking at the weighted list for all crime, the top 10 in Canada were:

Though Quesnel only had one homicide last year, the Cariboo Region city with a population of about 23,000 ranked high based on a rate calculated by population (9.72 per 100,000, versus the Canadian average of 1.76).

The rate of incidents of assault in the city was much higher than the Canadian average at 1,235.05 incidents per 100,000 population, compared to Canada's 457.01. The sexual assault rate was nearly twice as high as the average.

And it appeared the rate of violent crime was increasing, as the city south of Prince George was in eighth place last year.

To the northwest, the slightly larger city of Terrace ranked high for similar reasons. Violent crime appeared to be dipping in Williams Lake, a population-10,800 city south of Quesnel, but the city ranked high on the list due to homicide, assault and sex assault rates.

Nearly 60 B.C. communities were examined by Maclean's, including Vancouver.

The province's largest city was ranked 59th in Canada for violent crime, while Surrey came in 85th based on 2018 data.

Victoria and Esquimalt, grouped as one community on the list, was in 32nd , Chilliwack in 41st, and Langley in 45th.

Squamish, Kamloops, Nanaimo, Abbotsford and Mission were all in the top 100, among others. Check out the cities' rankings and crime rates on the site set up by Maclean's.

The B.C. city considered least dangerous of those examined was Oak Bay, with no homicides, 23 assaults and seven sex assaults.

Most dangerous by type of crime

The interactive tool allows a user to sort by type of crime. Looking exclusively at homicide rate, Quesnel and Williams Lake remain in the top 10, Surrey moves up to 38th and Vancouver moves up to 47th.

When it comes to rate of sexual assault, Williams Lake is third in the country, and Terrace remains in the top 10.

Vancouver drops down to 87th, and Surrey falls even further, to 185th.

For reported assaults, Terrace is the only city in the top 10, at eighth place. Vancouver falls to 101st, and Surrey is in 130th.

The data suggests a B.C. city is only the most dangerous in one category: impaired driving.

Whistler has the highest rate in Canada, the Maclean's ranking system claims.

Dawson Creek, Nelson and Fort St. John are also in the top 10.