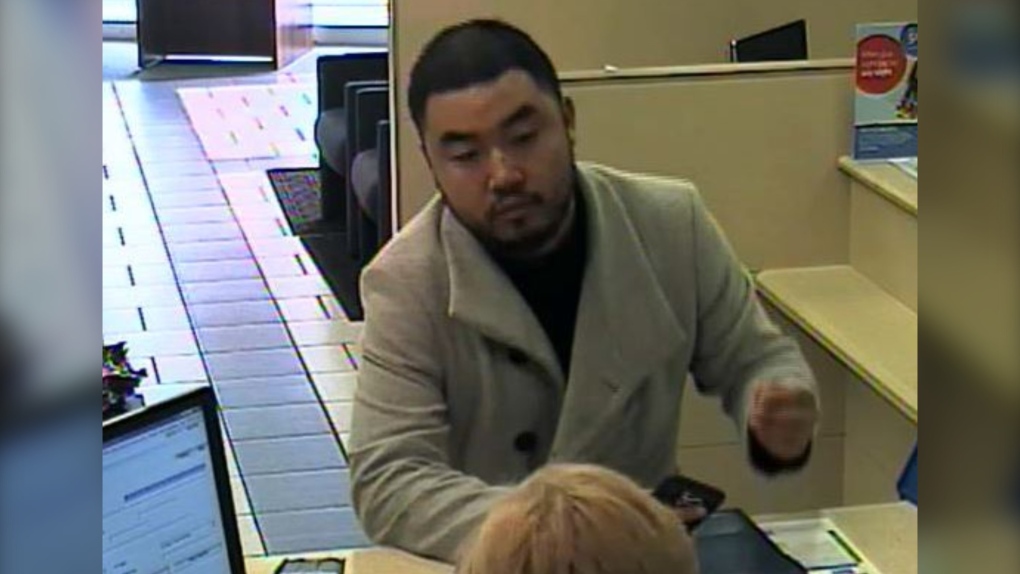 Nanaimo RCMP released a surveillance photo of the suspect, which they say shows him completing the line of credit application inside the branch. (Nanaimo RCMP)

VANCOUVER -- Mounties in Nanaimo are asking the public for help identifying a man they allege borrowed more than $25,000 in someone else's name, without that person's knowledge or consent.

In a news release, Nanaimo RCMP said the suspect opened both a line of credit and a credit card on Sept. 19 at the BMO branch on Island Highway North, near Mary Ellen Drive.

The suspect then charged more than $25,000 to the accounts, which the victim was unaware of until BMO contacted him, police said.

The victim reached out to Nanaimo RCMP to report the fraud, and said he did not know the alleged fraudster.

Nanaimo RCMP released a surveillance photo of the suspect, which they say shows him completing the line of credit application inside the branch.

In the photo, the suspect appears to be an Asian man with short black hair and a short beard. In the photo, he can be seen wearing a light-coloured button-up jacket with a dark-coloured shirt underneath.

Anyone who recognizes the man is asked to call the Nanaimo RCMP non-emergency line at 250-754-2345.