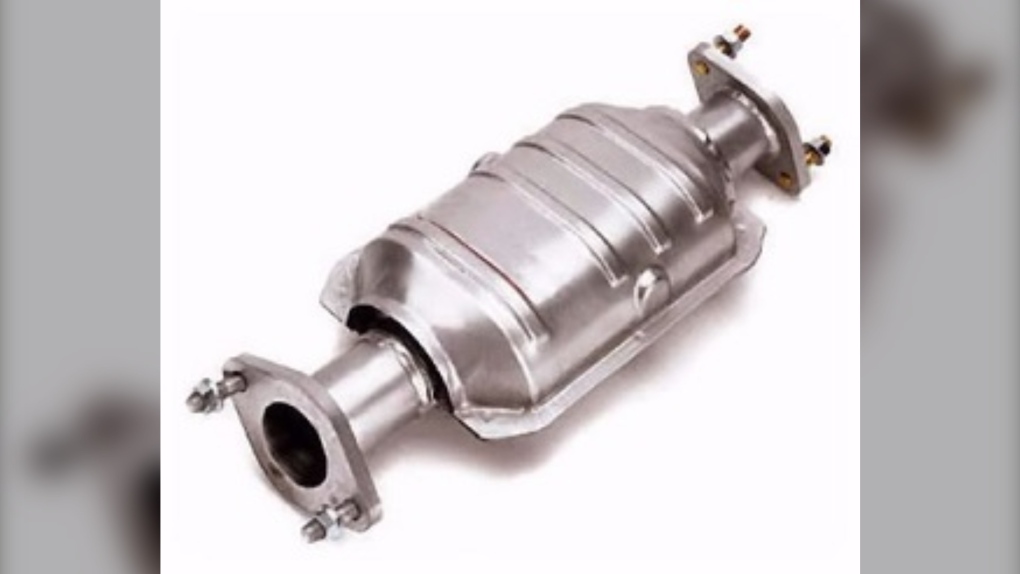 VANCOUVER -- Thieves may be targeting vehicles for a specific and valuable part of a car's exhaust system, according to North Vancouver RCMP who are urging residents to be vigilant and report suspicious activity.

In the past two weeks, six catalytic converters have been stolen from vehicles in North Vancouver, according to the RCMP.

The valuable device is made from layers of precious metals designed to reduce many of the toxic emissions created by the vehicle’s engine.

Police say its metal components make it a target for thieves.

"Someone might steal one for its resale value, but more likely a thief will sell it to a recycling facility for the small amount of valuable metal it contains," the RCMP said in a release. "A new catalytic converter costs between $100 and $200, but having one professionally installed will add hundreds of dollars to the bill."

In a warning to the public, Sgt. Peter DeVries gave the example of a resident who called police after noting suspicious behaviour late one night in central Lonsdale.

"If it's 4 a.m., you hear a grinding noise on the street outside, you see a person under a car with a power tool, and there's a vehicle idling next to them – that's not your local house-call mechanic getting an early start on the day's work."

Police also released a video on Twitter to demonstrate the sound residents might hear if someone is working to get the catalytic converter off a car in their neighbourhood.

If you hear this on the street at 4 a.m., call 9-1-1. It's a thief stealing a catalytic converter from under a car. A cat reduces exhaust pollutants. Thieves sell them to a recycling facility for the metal they contain. Read more here from last month: https://t.co/7TEXAoY50T pic.twitter.com/WbEibDBXpg

If you witness this kind of behaviour, DeVries said, "Call 9-1-1 and tell us what you see."

The RCMP also share these tips to prevent the theft of a catalytic converter from vehicles:

• Park in your home garage, if possible

• Park in a well-lit area

He said the emphasis is on reporting suspicious activity, meaning if something seems highly unusual, it may also be unlawful.

"We understand it can be difficult to know what to report and what not to report," he said. "This simple rhyme might help you make that decision, 'If in doubt, just give us a shout. We're always home and we'll answer the phone.'"

Anyone who thinks they may have witnessed the theft of a catalytic converter or who may have information about someone committing these thefts, is asked to call the North Vancouver RCMP at 604-985-1311 or Metro Vancouver Crime Stoppers at 1-800-222-8477.