Police not to blame in shooting death of Surrey teenager, watchdog says 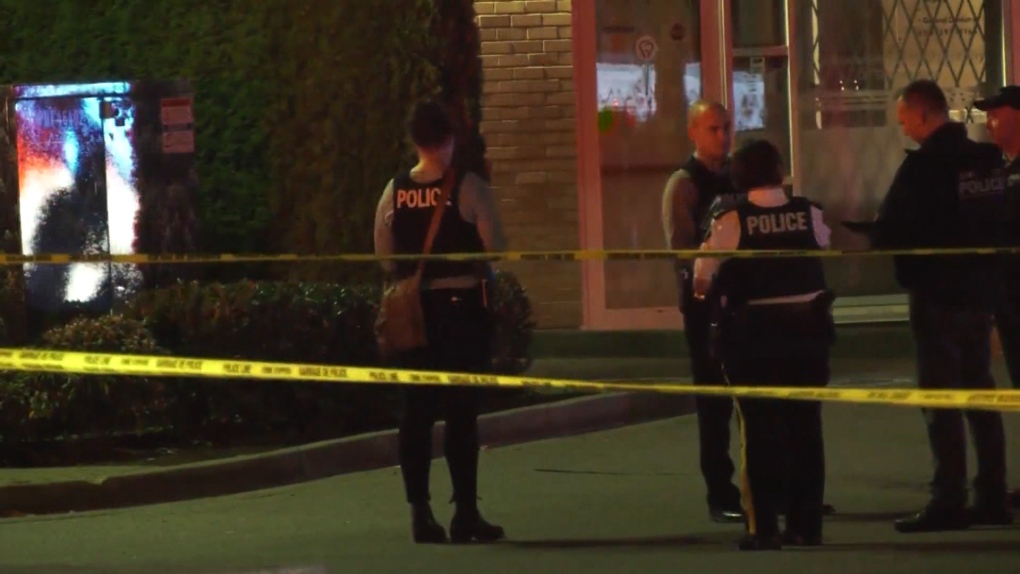 Police are seen in a Surrey, B.C. parking lot following an incident that left a teenager fatally wounded on Oct. 8, 2020.

VANCOUVER -- A watchdog investigation has determined police were not involved in the recent shooting death of 17-year-old Jackson Diggle.

The Independent Investigations Office spent one week looking into the case before announcing Friday that video evidence "conclusively" shows the teenager shot himself, and that he was the only one who opened fire.

Diggle died in hospital on Sunday, three days after sustaining a gunshot wound to his head in a parking lot in Surrey's Fleetwood neighbourhood. A Surrey RCMP officer was on scene responding to a report of a possible robbery in progress, which triggered the IIO investigation.

But the watchdog concluded the teenager's death was "not the result of any actions or inaction by police."

The officer was pulling up in a marked SUV when the youth opened fire on the vehicle, according to the IIO's investigation.

"Before the vehicle came to a stop, the young man fired two shots, both of which struck the front of the police SUV," the watchdog said in a news release. "Immediately after firing at the police vehicle, the video then shows that the youth turned the gun on himself."

The police watchdog said the officer quickly backed the SUV away from the scene, and that it's "clear based on the video evidence that at no point does the officer withdraw or discharge their firearm."

The officer wasn't injured during the encounter.

It's unclear whether an actual robbery took place, but the IIO said it was Diggle who called and filed the police report.

The findings of the investigation raise questions about the teenager's state of mind at the time.

His distraught family previously told CTV News he didn't own a gun, and that they didn't believe he was suicidal. They said the teenager, who recently entered his graduating year of high school, was excited about learning to drive.

On Thursday night, more than 100 people gathered at the parking lot for a vigil marking one week since the teenager was fatally injured.

The circumstances surrounding Diggle's death are still being investigated by Surrey RCMP and the BC Coroners Service.