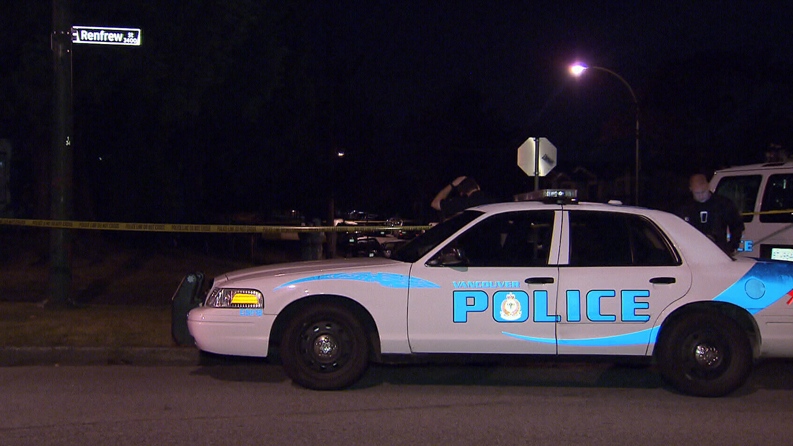 Police investigate a suspicious death in the 3400-block of Renfrew Street on Thursday, August 9. 2012. (CTV)

Vancouver police have laid charges against a 47-year-old man in connection with the city’s sixth homicide of the year.

Lance Wayne Standberg has been charged with second-degree murder in the stabbing death of 57-year-old Ronald William March.

Standberg is alleged to have stabbed March behind a seniors’ complex in the 3400-block of Renfrew Street on Aug. 8.

Standberg was arrested hours after the stabbing on an outstanding assault charge when he allegedly drove into a police cruiser.

He was charged with flight from a police officer and dangerous operation of a vehicle.

Police said he will remain in custody until a court appearance on Oct. 2.