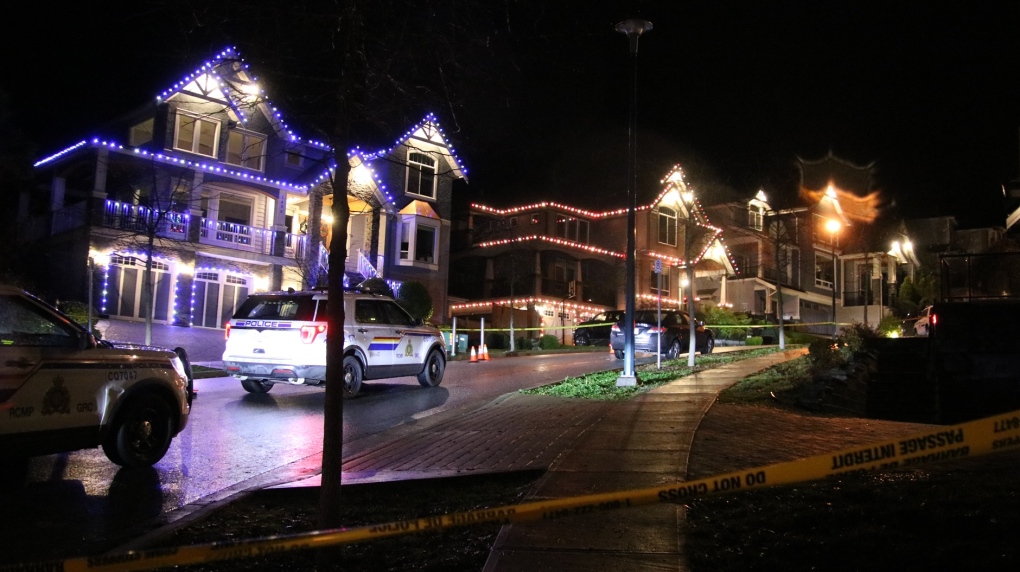 Coquitlam RCMP respond to a drive-by shooting around 1 a.m. on Sunday Jan. 10 in a residential area of Coquitlam, B.C.

VANCOUVER -- A drive-by shooting in Coquitlam in the early hours of Sunday has sent one person to hospital.

Coquitlam RCMP say they responded to a shooting in the 1400 block of Kingston Street around 1 a.m. on Jan. 10.

“Upon arrival, officers located one male victim who sustained wounds from being shot,” reads a news statement from Sgt. Paul Vadik.

“Multiple suspects were seen fleeing the area in a vehicle,” it continues.

The victim was taken to hospital with non-life threatening injuries.

Police say it is “unclear” whether the incident is related to the “Lower Mainland Gang Conflict,” and that they are continuing to gather evidence on the incident including the identities of everyone involved.

Those with information, dash cam video or security surveillance video are asked to contact the Coquitlam RCMP at 604-945-1550 and quote file 2021-820.