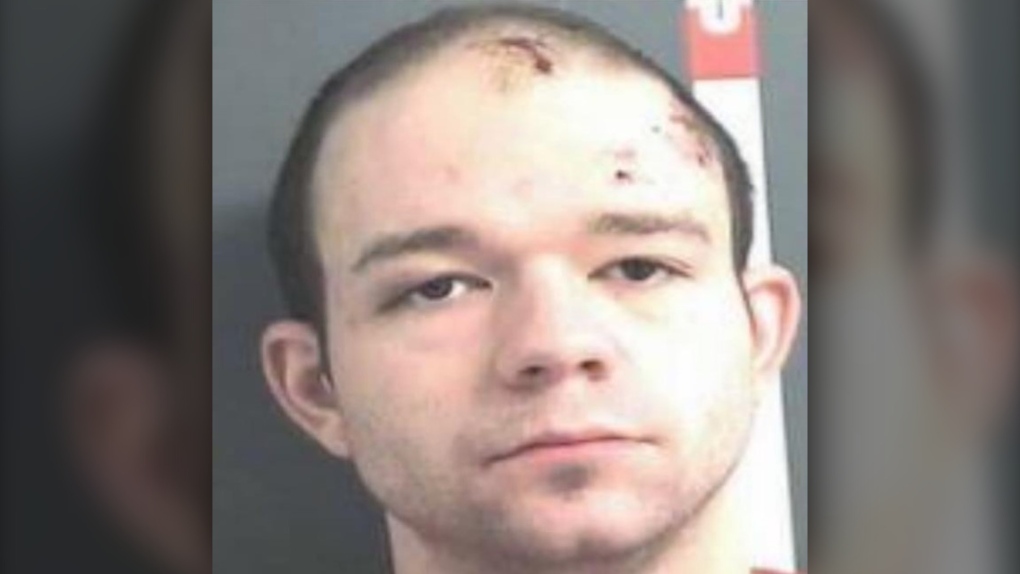 Travis Nigel Bragg, 25, is wanted on a number of charges including assaulting a peace officer with a weapon. (Handout)

VANCOUVER -- Police are searching for a 25-year-old man who is suspected of ramming a pickup truck into a police cruiser last month in the Fraser Valley.

Authorities said officers were patrolling on Hillcrest Avenue in Abbotsford on Jan. 23 when they spotted a dark-coloured Ford F-150 they believed had been involved in a theft earlier that day.

"When they attempted to pull the truck over, the driver revved the engine, rammed an oncoming police car and fled at a high rate of speed," the Abbotsford Police Department said in a news release.

Police said Travis Nigel Bragg is wanted on charges of assaulting a peace officer with a weapon, dangerous operation of a motor vehicle, flight from a peace officer and possession of property obtained by crime.

Bragg was already under house arrest and a court order not to occupy the driver's seat of any motor vehicle at the time of the incident.

Authorities said Bragg is 6'1" tall, weighs about 180 lbs. and has short, brown hair and brown eyes. Police advised anyone who spots the suspect to call 911 but not to approach him.