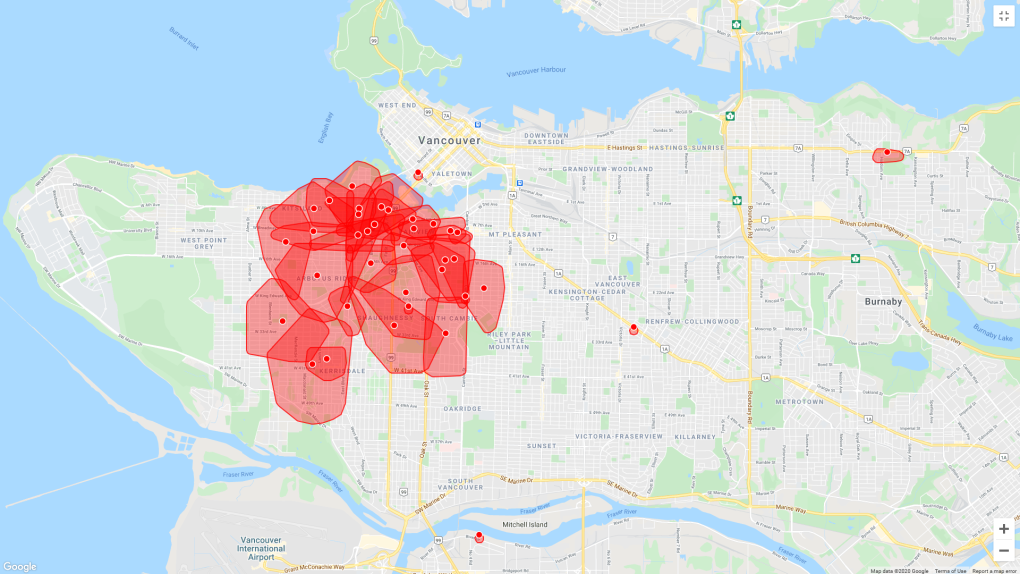 VANCOUVER -- Officials are reminding the public of the importance of keeping 911 lines free following a spike in calls during a power outage in Vancouver.

Thousands of BC Hydro customers were in the dark Wednesday morning due to a sudden outage.

The utility said in a message on Twitter that the power outage was impacting 50,000 of its customers as of about 9:30 a.m. About an hour later, power had been restored to most, though some were still cut off as crews investigated and worked at the site.

During that time, there was a surge in 911 calls made from the city.

Staff at E-Comm, B.C.'s largest emergency communications centre, posted on Twitter that many asked for updates on the power outage, which is not an appropriate use of 911.

Even worse, at least one caller asked how four-way stops work, according to E-Comm.

They'd posed the question as traffic lights were out, so intersections were being treated as four-way stops.

BC Hydro's website suggests the cause of the brief but widespread outage was a "transmission circuit failure," which was impacting a large portion of the city between Kitsilano and Kerrisdale.

East to west, the borders of the impacted area appeared to be Main and Dunbar streets.

In a message posted just after 9:45, BC Hydro said its crews hoped power would be restored to most customers in about half an hour. Many saw their lights go back on within the next 10 minutes.