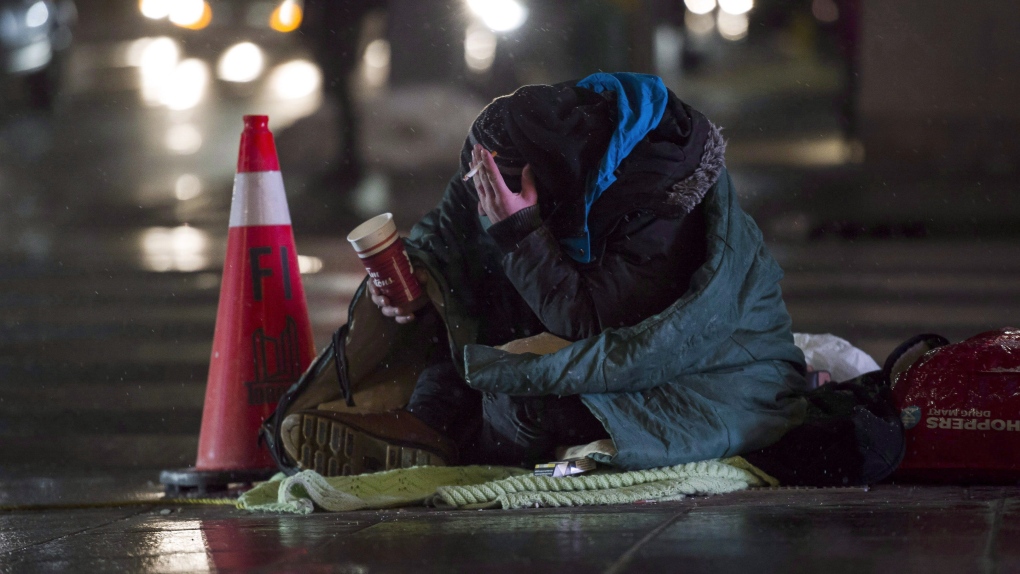 A homeless person is seen in downtown Toronto, on Wednesday, January 3, 2018. THE CANADIAN PRESS/Christopher Katsarov

PENTICTON, B.C. -- Officials in Penticton, B.C., are appealing to Premier John Horgan in the latest twist in a bitter dispute over a temporary shelter in the Okanagan city.

Penticton Mayor John Vassilaki has written an open letter to Horgan urging him to intervene on the city's behalf as it tries to close the 42-bed shelter in defiance of BC Housing's application to extend the temporary-use permit for another year.

Vassilaki hopes Horgan will help resolve the disagreement with Attorney General David Eby, who's also the minister responsible for housing.

Eby has said the province needs more time to find long-term homes for the shelter residents and could use its authority to prevent Penticton from closing the facility, but Vassilaki says residents overwhelmingly support an immediate shutdown.

The mayor says ministry data shows Penticton supports shelters, but no such facility is “trouble-free” and this one has become the “epicentre” for crime.

Vassilaki wants Horgan to reconsider what he says is Eby's “threat” to force the city to continue operating the shelter and instead direct BC Housing to use Penticton's solutions to find a better location.