Pedestrian in serious condition after hit-and-run 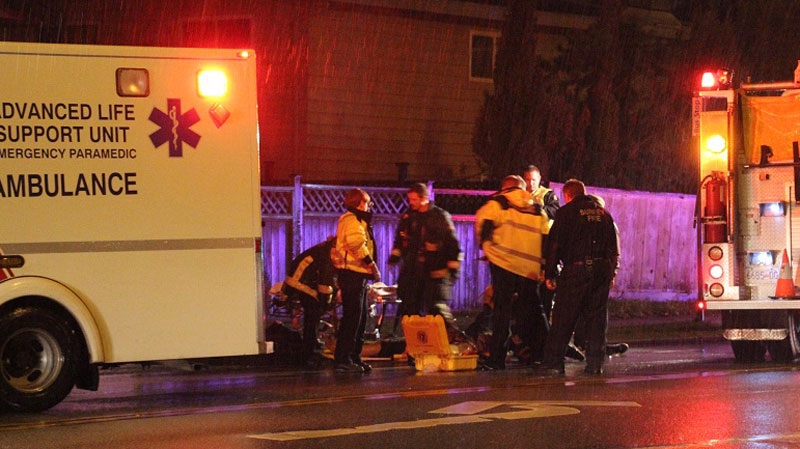 Mounties are searching for a driver who fled the scene after hitting a pedestrian in a Surrey intersection Friday evening.

Authorities say the victim was struck at 132nd Street and Huntley Avenue at around 6:50 p.m. The impact of the crash threw the man several feet away.

BC Ambulance Service personnel found him unconscious and unresponsive in the middle of the road. He was rushed to hospital, where he remains in serious condition.

Police say they're looking for a light-coloured Honda Civic that may have been involved in the hit-and-run.

It’s unclear who had the right-of-way in the crash, but it was raining heavily at the time.