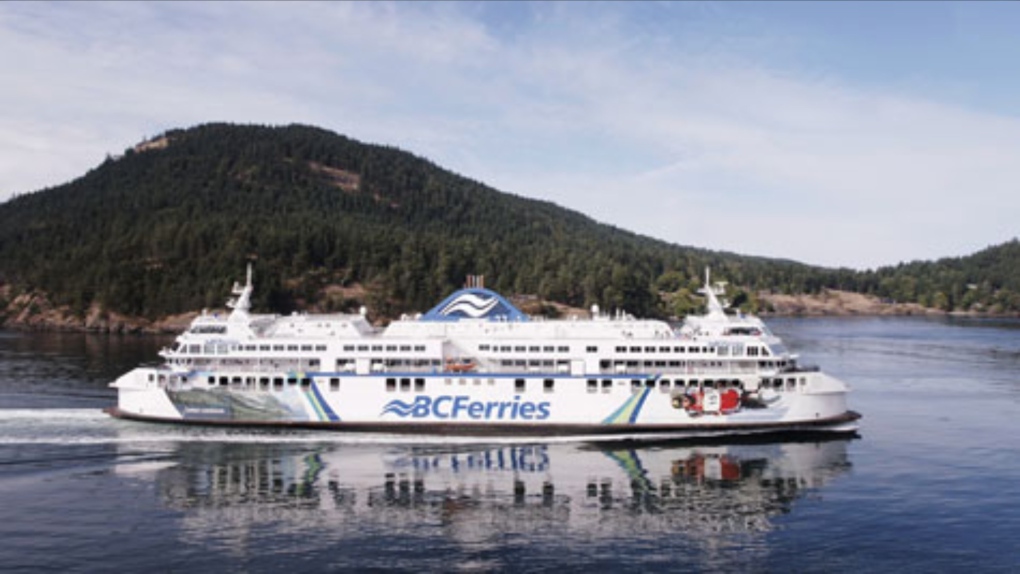 The Coastal Celebration vessel is pictured. (BC Ferries)

VANCOUVER - A passenger has been banned for a year after he "drove aggressively" at an employee on the Sunshine Coast, BC Ferries says.

The incident was reported at the Langdale, B.C. terminal on the morning of Oct. 15.

In an emailed statement, BC Ferries says the driver left his assigned lane and drove towards the employee, forcing them to jump pout of the way.

The service provider says it enforced its zero tolerance policy and handed him a one-year travel ban.

The company also outlined two other incidents reported this month which resulted in bans.

On Oct. 17, a passenger allegedly "threatened the use of a firearm to an employee" at the terminal in Horseshoe Bay, and five days later, a passenger assaulted an employee while on board, BC Ferries says.

"We are committed to providing our employees and passengers a safe and respectful environment," CEO Mark Collins said in the statement.

"The vast majority of our passengers treat our employees courteously. Abusive conduct or comments, or behaviours that put our employees or the public at risk, are not tolerated. These behaviours result in a denial of service, travel ban and the involvement of police agencies.