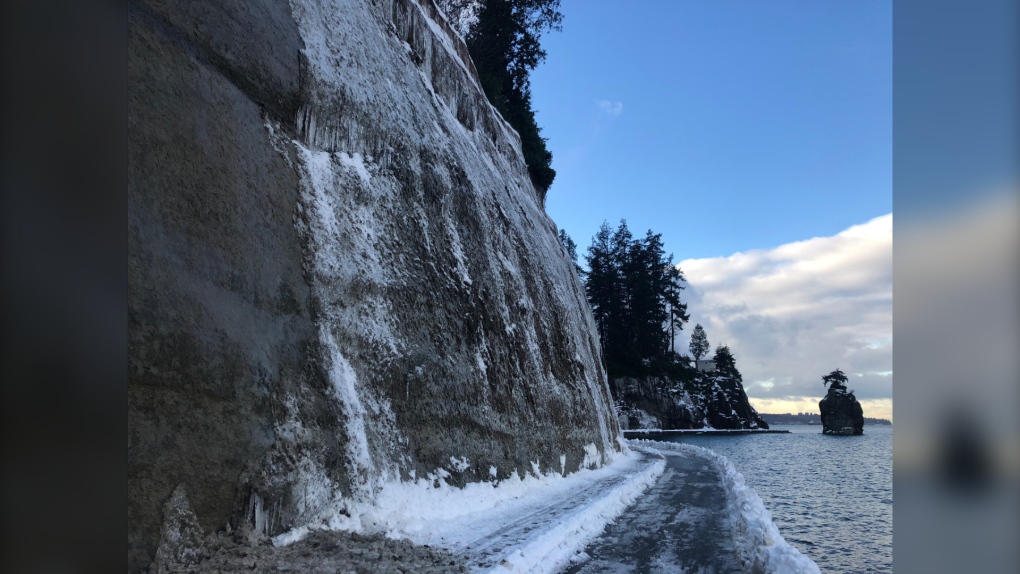 An icy section of the seawall is seen in this photo posted by the Vancouver Park Board on Jan. 16, 2020.

VANCOUVER -- The Vancouver Park Board has closed a section of the Stanley Park Seawall over concerns about falling ice.

The portion of the seawall between the Lions Gate Bridge and Siwash Rock has been closed but the rest of the seawall remains open, according to a tweet from the park board posted at 10:40 a.m.

The park board also shared a photo of the seawall which showed ice covering the side of a rock face near Siwash Rock.

As temperatures rise in the Lower Mainland, the City of Vancouver says its staff are clearing catch basins in anticipation of potential flooding this weekend.

We have closed the #StanleyPark seawall between the Lions Gate Bridge and Siwash Rock due to falling ice. The rest of the seawall remains open. #Vancouver pic.twitter.com/eA5syApvKx