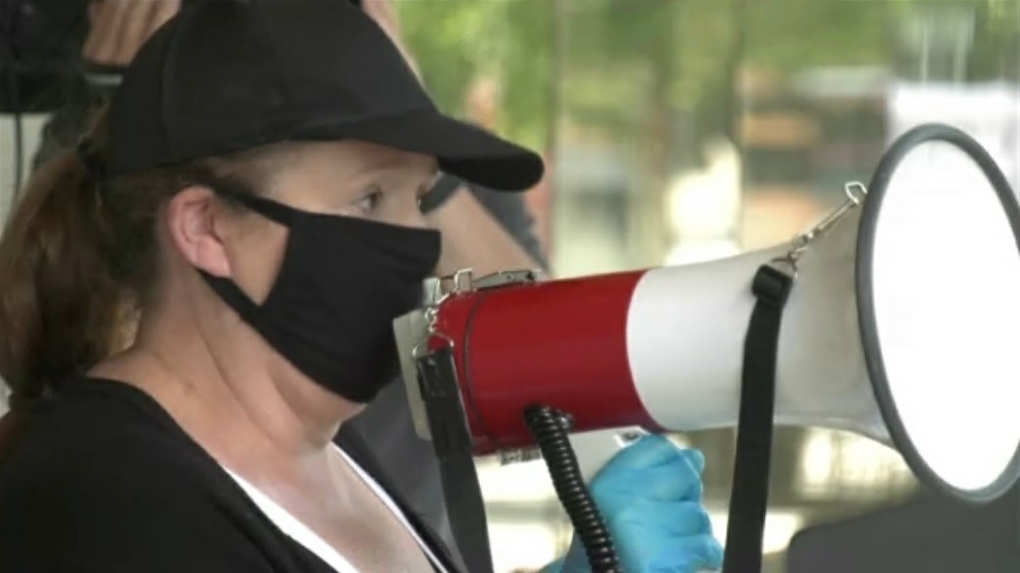 Despite the minister’s office being closed, about a dozen people participated in the demonstration.

“We would like to have our voices heard,” said Stacey Wakelin, a rally organizer with Safe September BC.

Wakelin says there appears to be two sets of rules: one for schools and one for everywhere else.

“We’ve been told as families, as parents to keep those bubbles tight, to isolate, to not socialize with a bunch of people, and now that our kids are going back to school. My kids are in high school and their cohort will be 120 -- it just doesn’t match what we’ve been told for all these months,” she says.

The group is asking the province to delay the start date by at least two weeks, make masks mandatory, reduce class sizes and utilize community facilities as temporary classrooms.

The province is postponing the start of the school, but not to the extent parents are asking for.

Students won’t head back to class for orientation until Sept. 10, a delay of two days.

Safe September BC is encouraging parents to write to their local MLAs and school districts to share their concerns.