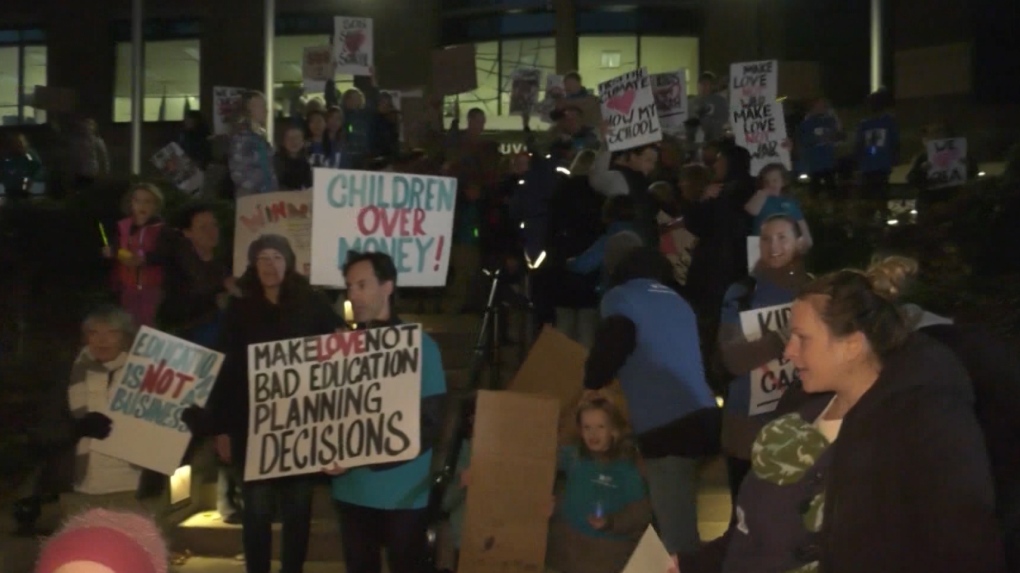 Dozens of parents and children rallied outside the Vancouver School Board's meeting on Monday.

VANCOUVER – A Vancouver French immersion school is safe from the chopping block for now, after the school board voted against heading to public consultation on a possible closure.

"I came out tonight because we just think this is a short-sighted decision to shut down QEA. I think it's a really unique environment for kids to start out in their primary school education," said Mark Simone, a parent with a daughter in kindergarten at the annex rallying outside the meeting.

"I think the school board is trying to consolidate everything and pack more kids into tighter spaces and I just think it's a bad decision for the students and their education."

The board had been considering a proposal to close the annex, which has students in kindergarten through Grade 3. If the annex closed, the students would be sent to another school.

But at Monday's meeting, the board voted 5-4 to not proceed with public consultation.

The report also showed half of the schools are more than 70 years old with "significant seismic safety concerns."