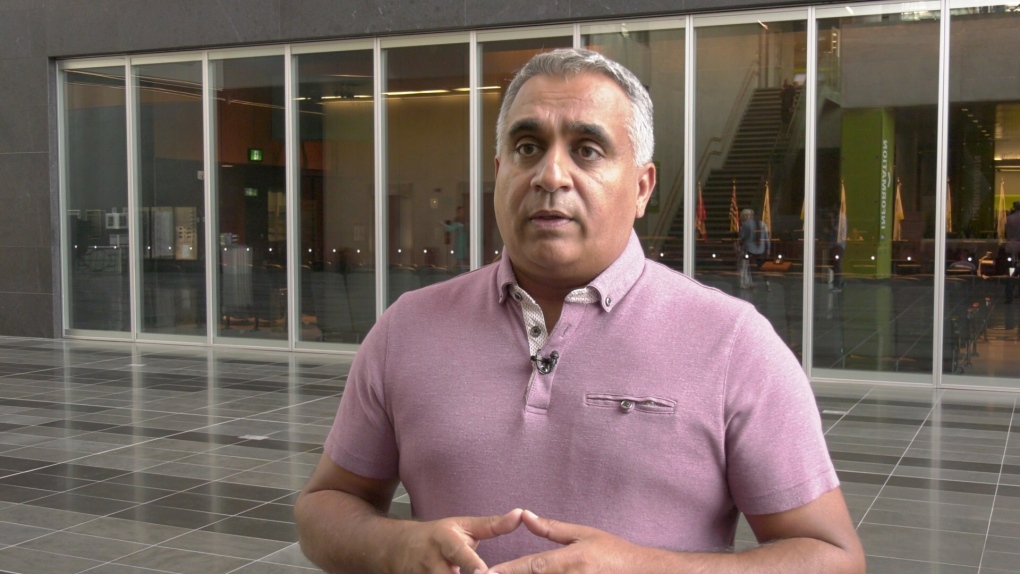 Surrey city councillor Jack Hundial says the city should be authorizing more RCMP officers in order to keep pace with population growth, even as the city plans to transition to its own police department. (CTV)

While the city of Surrey attempts to launch its own police force, its city council hasn't approved the hiring of new RCMP officers in the past two years. That's a problem, says one city councillor.

“We’re widening the gap between the police to population ratio every year that we continually don’t invest in this,” Councillor Jack Hundial told CTV News Vancouver.

The proposed Surrey Police Department won’t be operational until April 1, 2021, but the number of officers won’t change with the population increase taking place.

“We shouldn’t stop investing in public safety today, with an idea that we’re going to a different location in the future” Hundial said. “When we go to a municipal police force, we can certainly take those numbers with us.”

Hundial also has concerns that the force could start up without a full complement of officers.

“The mayor’s Police Transition Report states that it is acceptable to have only 80 per cent of their authorized strength on day one of the Surrey Police Department, with the hopes that more officers will eventually join them,” Hundial said.

There are other holes in the report that Hundial says still needs to be addressed, including the cost of civil litigation payouts, severance, and overall insurance costs.

“Currently, under the police service agreement with the RCMP, the liability is taken on by the RCMP," Hundial said.

"So anytime you have a dog bite, or a crash, the police force gets sued, all those costs are absorbed as part of the agreement with the RCMP. Having the municipal police force here, that cost is going to be borne by the Surrey tax payer.”

The new force is projected to cost about $19 million more per year than the current RCMP model, while employing fewer officers.