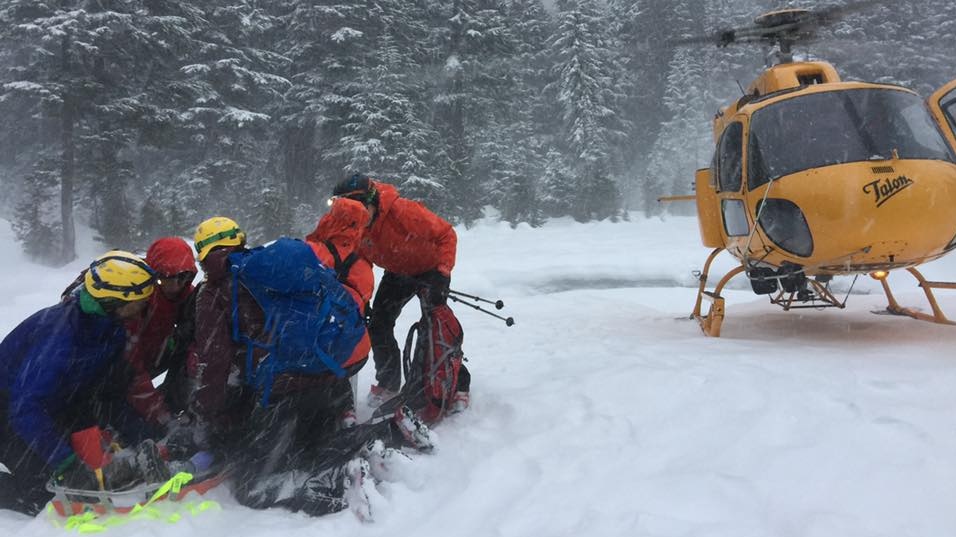 VANCOUVER -- North Shore Rescue had a busy start to 2020 with crews responding to four calls in the new year, including three on New Year’s Day.

Their first call on Jan. 1 was a request for assistance from police for a woman potentially in distress, which had crews searching both the Capilano and Seymour rivers. The woman was eventually located safe at a residence, but as the teams were searching, they received a call for a kayaker in distress in the Lynn Creek area.

"Our crews assisted that kayaker back out to safety," said Mike Danks, team leader with North Shore Rescue. "While we were doing that, we had another call that happened on Dog Mountain for two hikers that were lost."

Danks said the hikers were not injured, and crews were able to determine their location off of one of their phones. North Shore Rescue was then able to escort the pair back out safely.

"It's not that common that we get back-to-back calls or two calls at once," said Danks. "It really depends on the weather and how many people are getting out into the mountains. In general, it was a slower season for us last year, but it looks like things are ramping up at this point."

On Thursday, North Shore Rescue responded to Mount Seymour along with Seymour Ski Patrol for a 69-year-old woman who injured her ankle while snowshoeing.

"She unfortunately took a fall and potentially fractured her ankle on the Dog Mountain trail," said Danks. He said the hiker was fortunately with a group that was well-prepared, and bystanders in the area also came to her aid and gave her extra clothing.

"We had some assistance from Seymour Ski Patrol as well as our team who sent a field team in to meet up with her and get her packaged," he said. "We also had Talon Helicopters respond to expedite getting her out of the environment as quickly as possible as it was a pretty significant storm yesterday."

While the first weekend of the new year might inspire people to get outside, several Vancouver area sites, including some of the local mountains, closed early on Friday because of an incoming winter storm.

"It comes down to common sense," he said. "If there's a time to kind of stay out of the mountains, it's when we have significant poor weather, and with super windy conditions there's potential for trees and branches to be falling. So just be aware of your surroundings."