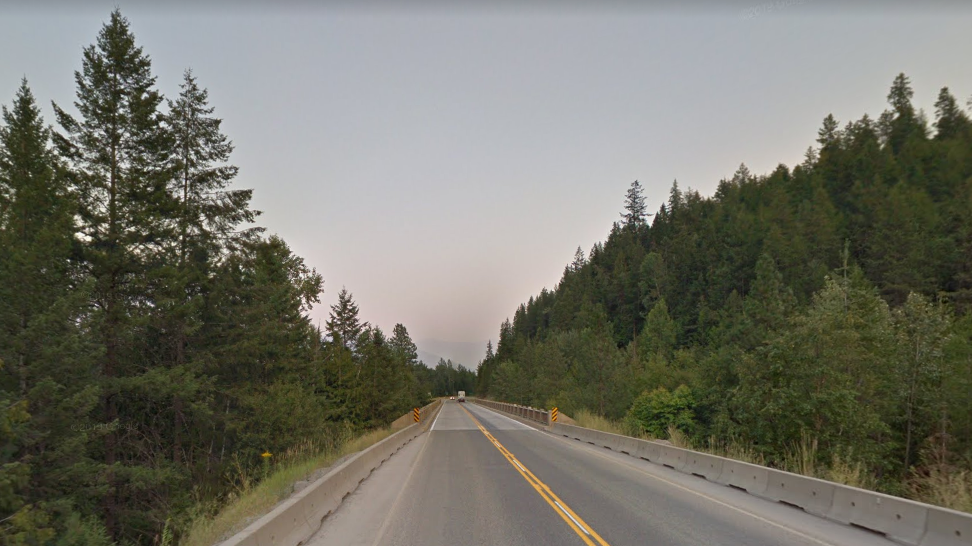 Highway 3 near Summit Creek Bridge, about 12 kilometres outside of Creston, B.C. (Google Maps)

VANCOUVER -- Police say they have stopped more than 1,400 vehicles since B.C.’s COVID-19 travel roadblocks were put in place on Thursday.

Nobody has been fined or ticketed, and only two vehicles were asked to turn around, says Dawn Roberts, head spokesperson for the B.C. RCMP.

“We've only seen two vehicles that were required to turn back and they did so voluntarily because they weren't able to meet the essential service provisions, and everyone else has been compliant and we've actually written no tickets,” she said.

The travel restrictions, which prohibit non-essential travel between three main regions in B.C., were implemented by the government in April, but RCMP only started enforcement on May 6 through the use of four strategically located roadblocks.

The checkpoints do not operate 24 hours per day, and RCMP say they announce that the roadblocks are in effect once they open them.

“We have seen actually very low numbers of vehicles traveling in those areas during our (roadblock) time periods, and everyone has been very cordial and very positive, and we're so grateful that everyone has been adhering to the travel restrictions,” she said.

Before the road blocks were implemented, advocates from marginalized communities said they were concerned that people of colour would be disproportionately and unfairly targeted by police with tickets and fines.

Roberts says the RCMP’s system is designed to make it clear where the roadblocks are happening, so that no one stumbles upon them by surprise. She also said that signs are placed on the highways which allow people to turn around before reaching the roadblock, should their travel not be essential.

One checkpoint is located in the area of Manning Park, one on Highway 1 in the Boston Bar area, another on Highway 5 in the Old Toll Booth area, and a fourth on Highway 99 in the Lillooet area.

“Those are the ones we’re focusing on, those are where we are going to have our checks take place,” Roberts said.

“If anyone is in those areas, they will notice that they're about to hit a checkpoint because there's lots of forewarning signs in advance, and even recommendations if somebody is required to turn around because they are traveling for a non-essential reason,” she said.

The roadblocks are currrently set to operate until May 25, when the travel restrictions are scheduled to end. However, many past COVID-19 restrictions have been extended.

“We're asking everyone to continue with the great compliance that we're seeing to date, and hopefully that will limit the challenges that we're dealing with when it comes to COVID-19,” Roberts said.

Motorists breaking travel rules can be fined $230 for failing to follow instructions at a road check or $575 if their reason for travel violates the order for essential travel only.

Some British Columbians walking away from 2nd dose Moderna bookings