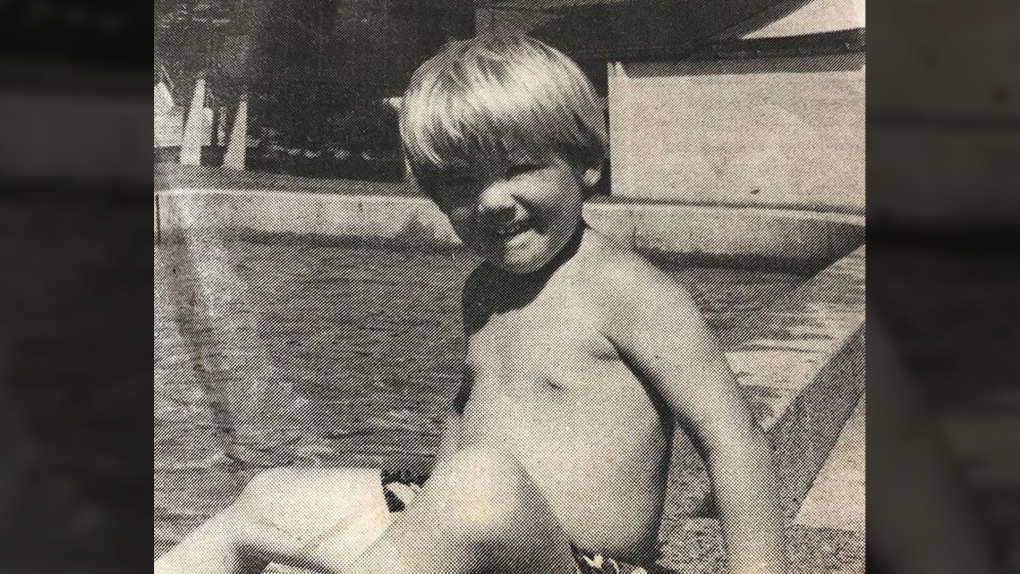 Ryan Reynolds is seen at age three in this newpaper clipping he shared on Instagram in March 2019. (vancityreynolds / Instagram)

Before he became one of the biggest stars in Hollywood, Ryan Reynolds was just a regular child growing up in Vancouver.

Earlier this month, the "Deadpool" actor posted a photo of a newspaper clipping showing him "enjoying the water at Kits Community Centre wading pool."

"This is from my hometown newspaper," Reynolds wrote in the post, adding that "I think it's smart how they discontinued the 'wanna know where this child lives?' section" – a reference to the newspaper's mentioning of his childhood home address.

Since then, the post has been liked more than 1.6 million times and re-shared by the Vancouver Park Board.

"Glad to see (Ryan Reynolds) made use of our outdoor pools as a kid," the board said in its post. "You're welcome back anytime Ryan."

Reynolds has a long history of showing love for his hometown.

The celeb was involved in efforts to save Vancouver's Rio Theatre from redevelopment and even made a personal donation to the cause.

"The Rio Theatre in Vancouver is legendary," he tweeted at the time. "Spoiler Alert: I plan to be buried there…You can help rescue this landmark of community and art by clicking."

In December, Reynolds also took an opportunity to give Vancouver a shout-out during the NFL half-time show with Michael Strahan, calling the BC Lions "my team."

He has also spent time in Vancouver while filming the "Deadpool" movies and even invited a terminally ill by from the U.K. on a tour of the set back in 2017.

Once filming was complete, he publicly thanked Vancouver drivers for putting up with the delays the shoot had caused.

Most recently, Reynolds narrated a documentary on B.C.'s Great Bear Rainforest that played at Telus World of Science.

This is from my hometown newspaper. I think it’s smart they discontinued the “wanna know where this child lives?” section. #HolyShit