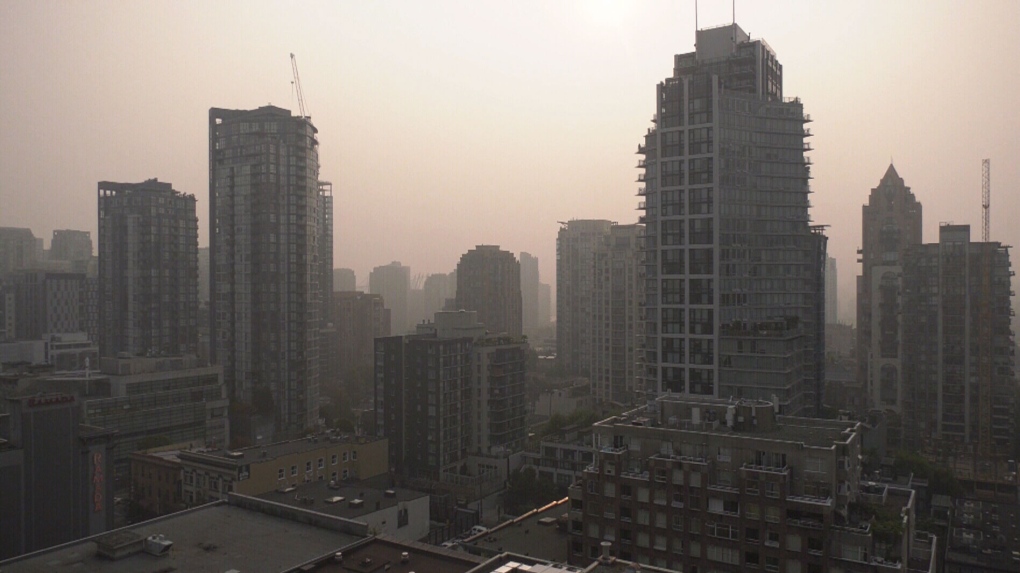 VANCOUVER -- There's a new plume of wildfire smoke drifting up the U.S. coast towards British Columbia, but meteorologists expect the air will stay much more breathable this time around.

That's because the smoke heading for southwestern B.C. is significantly less concentrated than the smoke that blanketed the Lower Mainland for more than a week earlier this month, according to meteorologist Matt MacDonald.

While the last plume was the result of wildfires burning simultaneously burning in California, Oregon and Washington, the new one comes from California alone. MacDonald said there's about one tenth as much fine particulate matter per cubic metre of air.

"The last smoke episode we had there when it looked like Armageddon in Vancouver, the particulate counts were upwards of 200 to 300 (micrograms per cubic metre)," MacDonald told CTV News. "We were in the soup, so to speak. Super dense."

By comparison, for the latest plume, models are currently forecasting concentrations of 20 to 40 micrograms.

"I'd hesitate to call it a smoke episode. It may only be a haze episode," MacDonald said.

The smoke moving up the coast is also hanging in the mid- and upper-atmosphere, and is mostly expected to stay aloft.

"Some of that smoke may mix down into what we call the planetary boundary layer – the layer where we all live," MacDonald added. "But right now, we're not anticipating concentrations anywhere near what we saw at the beginning."

The last episode sent air quality plummeting in the Lower Mainland, reaching the maximum rating of 10+" on Environment Canada's Air Quality Health Index. That's used for air that poses a "very high risk" to residents, particularly people with asthma or other health conditions.

Most of the Lower Mainland was in the 1-2 range on Tuesday afternoon, though Environment Canada is forecasting the air quality could hit 4 – a "moderate risk" – for much of the region on Wednesday.

"We may actually see it late this evening as the sun goes down, hazy sky up aloft," MacDonald said.