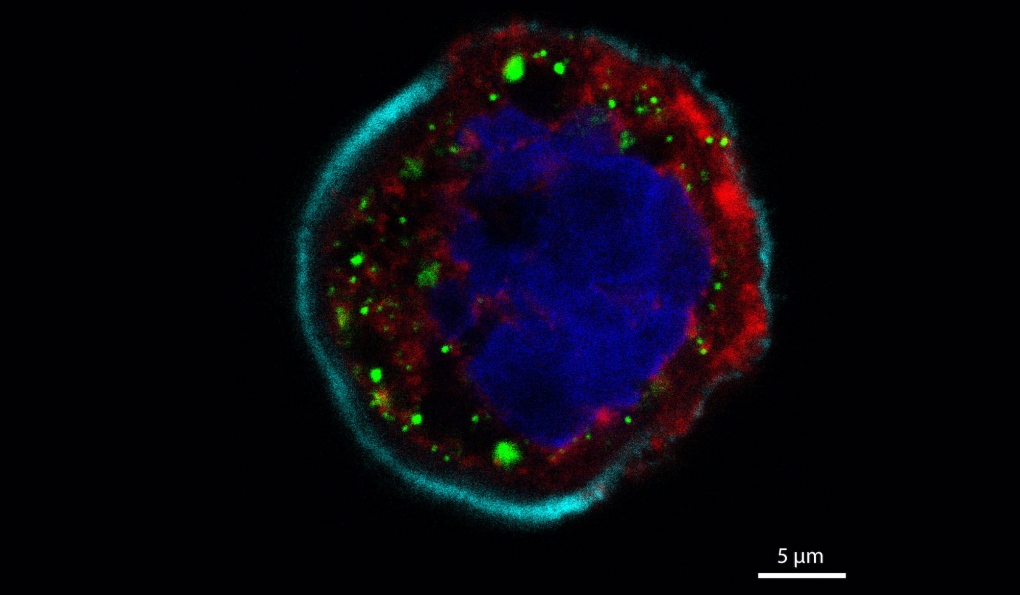 VANCOUVER -- Researchers say a new drug tested at the University of British Columbia is highly effective against multiple COVID-19 variants.

They say the experimental drug called N-0385, developed at Universite de Sherbrooke in Quebec, blocks the virus that causes COVID-19 from entering human cells through its preferred entry point.

“It’s not a treatment, it’s a protector against the virus," Leduc said, which is why they believe it will work against all variants.

N-0385 doesn’t combat a specific strain of COVID-19. It's designed to block viruses of all kinds from entering the human cell in the first place.

The project lead at UBC, Dr. Francois Jean, claims that N-0385 is the most effective entry inhibitor to date and is a viable early treatment against emerging variants.

Testing of N-0385 on human cells at UBC and on mice at Cornell University in New York has now wrapped. The mice were genetically modified to carry the entry point that the virus that causes COVID-19 uses to gain entry to humans.

The next step in the process will be getting funding for clinical trials.

“We have lots of hurdles before it becomes a drug tested in clinical trials,” says Leduc “We need funding from a pharmaceutical company, a venture capitalist or entrepreneur before we can go to Health Canada to gain permission for trials.”

If it clears those hurdles, the potential drug may help with other illnesses. “We hope that this, and related drugs, may have broader applications in combating other respiratory viruses that use the same means of entry into host cells, including established coronaviruses, influenza and other viruses,” Jean said in a UBC news release.