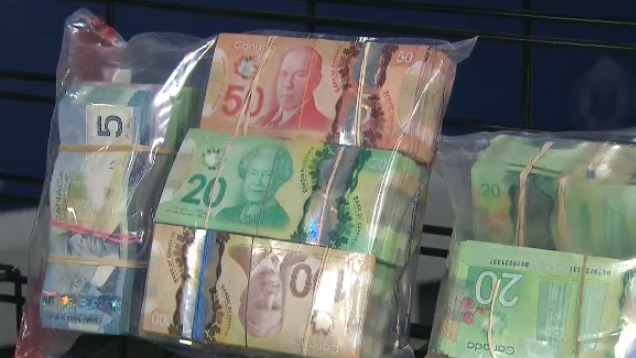 Stacks of cash seized by police are seen in this CTV News file image from May 2015.

The NDP government tabled legislation Tuesday to boost its ability to go after assets that come from drug trafficking, money laundering and organized crime.

He claims new tools will help crack down on criminal activity and make B.C. safer.

A news release notes some key changes to the law:

The legislation is expected to pass.

Since the civil forfeiture program started in 2006, the government has seized more than $87 million in cash and assets. About $37 million has been invested into community safety and crime prevention programs, while $1.6 million has gone to victim compensation.