NDP well ahead of other parties in annual burger poll 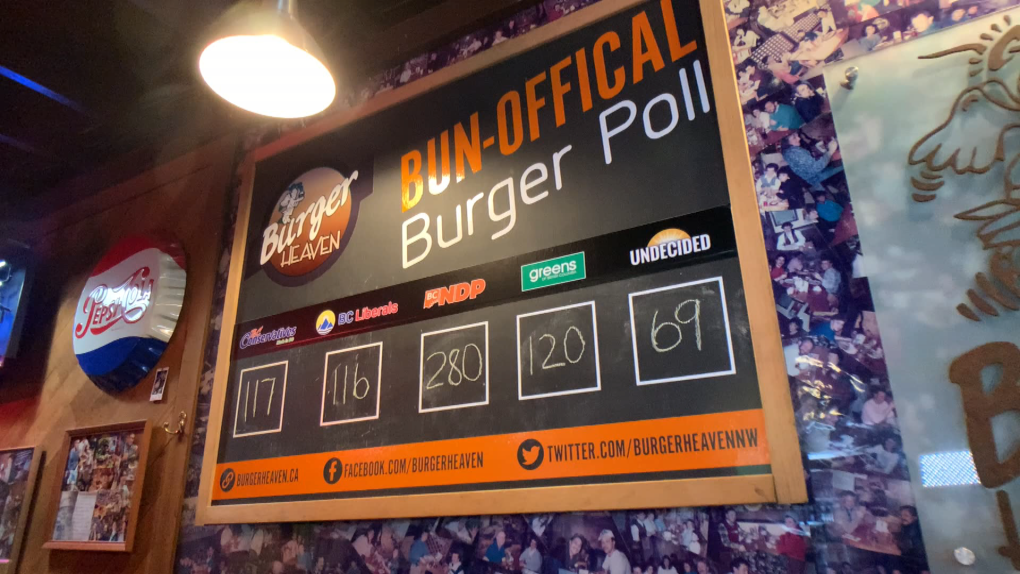 Burger Haven in New Westminster, B.C. holds a "burger poll" every election to gauge the public's appetite for a new government.

VANCOUVER -- If the results of Burger Haven’s political poll are anything to go by, the NDP is in for a landslide victory in the upcoming provincial election.

The New Westminster business has been taking votes on elections with different burger variations for 29 years, trying to put a “bit of a laugh” into the topics of politics.

“We do a little write up of each of the candidates and their platform,” general manager Chris Geib said. “We throw our food into it and put a little spin on it, throw a little humour in there.”

The burger poll is set to close on Oct. 23 and the NDP is way out in front. As of Tuesday, the results read:

The results may have something to do with the variety of burger. Representing the NDP is a beef burger with mozzarella and habanero sauce. Geib says it’s because “(John) Horgan’s a little bit of a spicy guy.”

“For the Conservatives, the Trevor Bolan burger has blue cheese and meat sauce on it,” Geib said. “A little Bolan-ese sauce so to speak.”

“For Andrew Wilkinson, his burger is your basic cheddar cheese burger, not much you can do with them unfortunately. And the Green party is a lettuce wrap veggie burger, just to keep it on the green side.”

All jokes aside, Geib says part of the campaign is to encourage people to get out and vote.