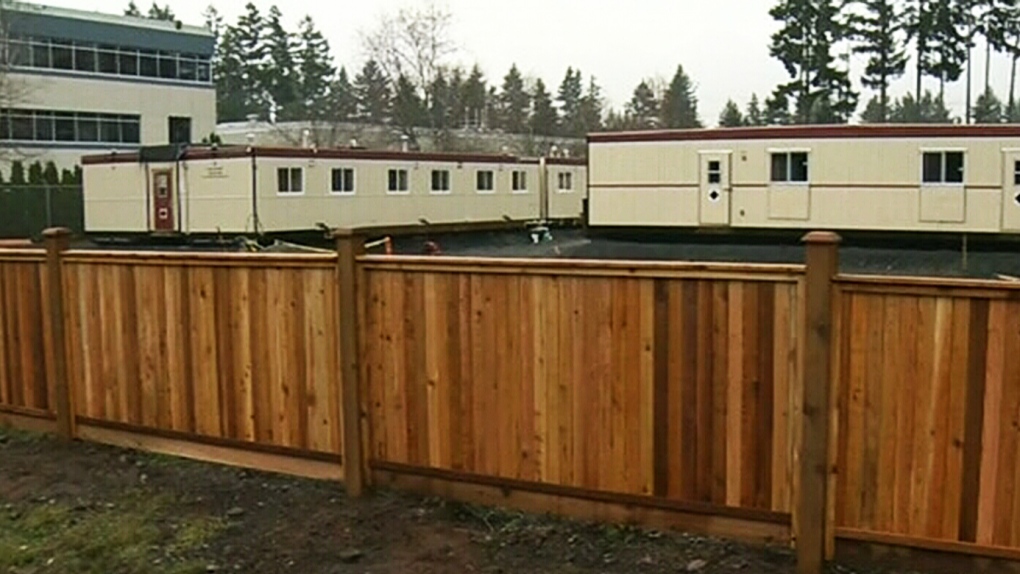 Leonard Krog said the government's construction of modular homes that replaced a bulldozed tent city is helping but those suffering from mental health conditions, such as schizophrenia, need specialized care.

VANCOUVER -- The mayor of Nanaimo, B.C., wants the province to institutionalize severely mentally ill people who are homeless and often addicted to alcohol and illegal substances.

Leonard Krog said the government's construction of modular homes that replaced a bulldozed tent city is helping but those suffering from mental health conditions, such as schizophrenia, need specialized care.

“It's not just homelessness, it's mental health, it's addictions, it's the petty crime that flows from it and it's the severe cases that are being shuffled in and out of psych wards.”

Krog said he doesn't want a return to the warehousing of mentally ill people, as was the case in institutions like the Riverview Hospital in Coquitlam, which began accepting fewer patients in the 1990s before closing in 2012.

He said the city of under 100,000 people has a homeless population of between 600 and 800. Many of them are mentally ill people who cause public disorder and need treatment in a facility based in the community, similar to seniors suffering from dementia, whose families continue having contact with them as they receive care.

The housing and treatment of people with mental illnesses who can't care for themselves are the province's responsibility, he said.

“We have offered to the province, if they want, to try to experiment here on an innovative approach,” Krog said.

Mental Health and Addictions Minister Judy Darcy said the government is considering ways to provide services for people who are seriously mentally ill and also addicted to substances.

“We certainly did see a phenomenon a number of years ago, when places like Riverview were closed and other institutions were closed across the province, of people with severe mental challenges being released into the community without the support that they needed and we see some of the results of that today,” she said in an interview.

Those with brain damage from an opioid overdose is an example of someone who may need long-term support, Darcy said.

“We are taking a very hard look at what it means to provide the supports that those people need,” she said, adding that could mean supportive housing that provides mental health and addictions support.

Darcy said patients at the former Riverview facility did not always get the support or quality of life they needed so the province is working to provide care that meets the needs of those it's aiming to help.

Prof. Julian Somers, a researcher in mental illness and addiction who teaches in the health sciences faculty at Simon Fraser University, said supported housing with treatment is the best approach to dealing with homeless people who have a mental illness.

He led a study of 2,000 homeless people in Vancouver, Toronto, Montreal, Winnipeg and Moncton, N.B., between 2009 and 2014. It showed that supported housing in communities provides stable accommodation for the hardest-to-house people, including those who suffer from schizophrenia and bipolar disorder.

Somers said a team that includes a psychologist who meets with the homeless to understand their needs and connect them to resources is the best approach.

“We're way behind Ontario and Quebec in implementing this type of service,” he said.

This report by The Canadian Press was first published Dec. 13, 2019.