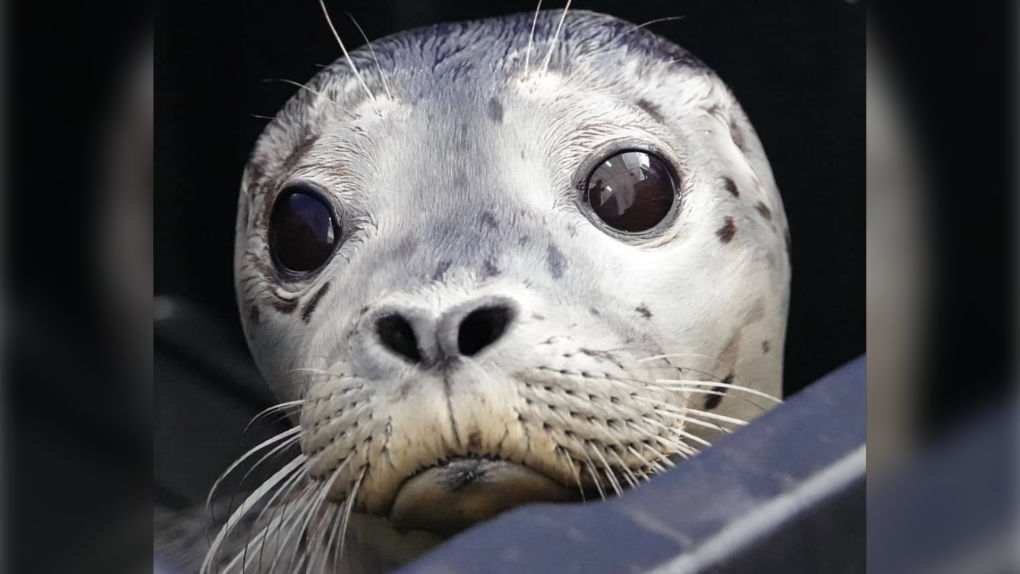 A harbour seal nicknamed Bradley Grouper is shown in a photo from the Vancouver Aquarium's Marine Mammal Rescue Centre. (Instagram)

VANCOUVER -- "With seal pupping season just around the corner," an animal rescue group says it needs thousands of dollars to cover the costs of the annual effort.

The Vancouver Aquarium's Marine Mammal Rescue Centre (MMRC) is calling for donations, hoping to raise $125,000 for its rescue, rehabilitation and release program.

The non-profit conservation association Ocean Wise put out the call Monday morning in a news release.

The MMRC is the only facility of its kind in Canada, the group says. It was forced to close due to the COVID-19 pandemic.

The majority of its funding comes through donations made by visitors to the Vancouver Aquarium, which was also closed when physical distancing guidelines were announced.

Those behind the campaign hope to raise more from the public to allow for the reopening of the animal hospital and to fund future rescues of animals including seals, porpoises, otters, turtles and sea lions.

"We also travel up and down the coast responding to medical emergencies including disentangling marine mammals caught in fishing gear or plastic," said Martin Haulena, head veterinarian at the MMRC.

"No one else in Canada, and few people around the world, have the skills and expertise our team does to help in these situations."

Many of the calls made to the MMRC are at the start of seal pupping season, when babies are found in distress on B.C. beaches.

As part of the fundraiser, the MMRC is offering the opportunity to name a baby seal, for donors who chip in at least $1,000.

Those donors will get updates about the pup, and be invited to be part of its release back into the wild.

But donations of any amount are welcome.

The MMRC says the money raised will help take care of the "100-plus" marine animals taken in by the facility each year.

Costs include rescue, medical care, feeding and release, and the average seal pup stays with the facility for 10 to 12 weeks. Each costs about $3,000.

Details about the fundraising campaign are available online.