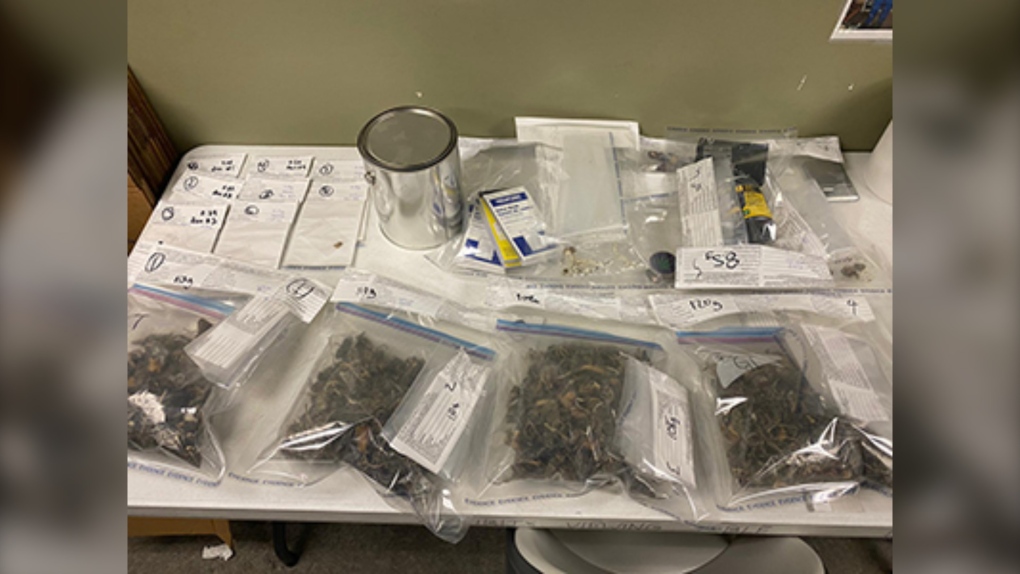 A photo from Surrey RCMP shows what Mounties say is 451 grams of psilocybin, as well as 'a number of items consistent with drug trafficking.'

VANCOUVER -- A driver caught travelling at nearly twice the speed limit may face charges related to something else, Mounties in Surrey say.

The RCMP detachment says the driver was clocked at 108 km/h on Sunday as they passed through a 60 km/h zone.

Mounties say the driver was pulled over near 96 Avenue and 166 Street, and officers observed some items inside the vehicle.

The driver is also alleged to have had two small bags of marijuana in their possession, and "a number of items consistent with drug trafficking."

That driver, who has not been publicly identified, had their vehicle impounded for a week. They were released at the scene, after being issued tickets for excessive speeding, failure to provide a driver's licence and failing to display an "N" sign.

In a news release Wednesday outlining the allegations, the RCMP said the driver has not yet been charged in connection with the drugs.

That investigation is ongoing.