Motorcyclist killed, passenger injured after crashing with bus in DTES 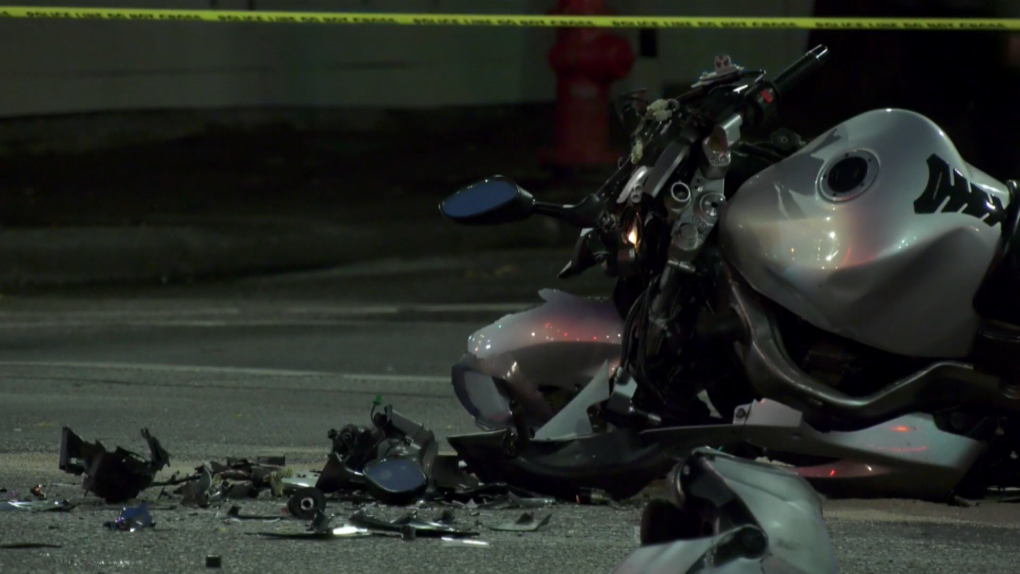 A damaged motorcycle is seen on the roadway following a fatal crash in Vancouver's Downtown Eastside on Sept. 1, 2020.

VANCOUVER -- A crash between a motorcycle and bus in Vancouver's Downtown Eastside left a man dead and a woman seriously injured early Tuesday morning.

Authorities said the motorcycle struck the bus in the intersection of East Hastings and Columbia streets at around 5:25 a.m.

A 39-year-old man who was driving the motorcycle and his 28-year-old passenger were both rushed to hospital with life-threatening injuries.

Police said the driver has since died, marking the city's fifth traffic fatality of the year.

No one on the bus was physically hurt, and authorities said the driver is co-operating with their investigation.

Police asked anyone who witnessed the crash or was driving through the area at the time to contact investigators at 604-717-3012.