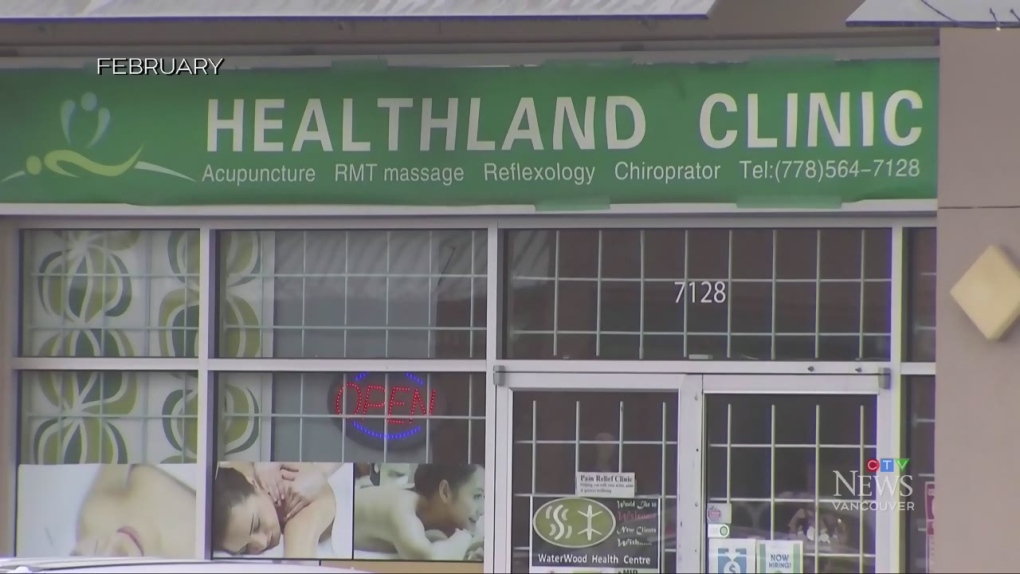 In a news release Monday, the New Westminster Police Department said the victims were identified after the man's arrest earlier this year.

The man was taken into custody back in August following allegations made by a woman who lives in the city that she was assaulted during a treatment at the HeathLand Clinic on 6th Street.

The suspect has not been publicly named, but has been charged with sexual assault in connection to the incident alleged to have occurred in July.

The man has been released on conditions.

Since the time of his arrest, other people have come forward with similar allegations, police say.

And officers think there could be more victims they've not yet spoken to.

"We want to ensure that if you have been a victim of sexual assault, you will be heard, and we will offer you the resources and ongoing support that you require," Sgt. Sanjay Kumar said in the news release.

Anyone with more information, or who may have been a victim of a similar offence, is asked to contact the NWPD.