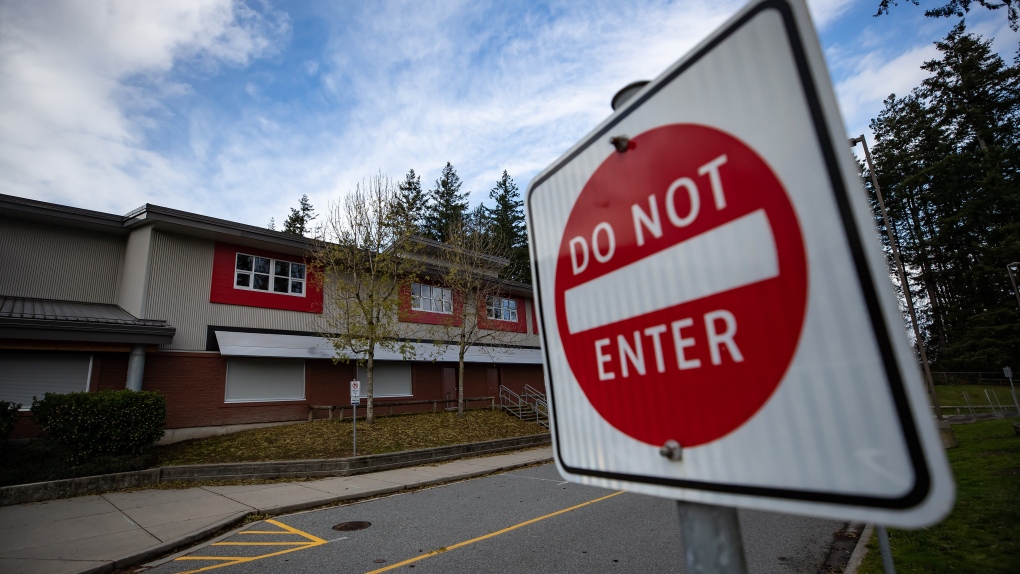 VANCOUVER -- More than half of the schools in B.C.'s most populous regions dealt with COVID-19 exposures this term.

As of Wednesday, CTV News Vancouver's list of schools in the Lower Mainland with confirmed exposures had reached 491.

There are 974 public and private schools located within the Vancouver Coastal and Fraser health authorities' jurisdictions, so this number represents just over half (50.4 per cent) of them.

However, the total may be higher, as Vancouver Coastal Health was not publicly disclosing exposures, other than to parents and students, at the beginning of the school year.

CTV News has been keeping track since the first confirmed exposure in B.C., and updating a list and map with exposures confirmed by either the health authority or by notification letters sent directly to CTV from parents of school-aged children.

When broken down by region, 55.7 per cent (or 342 schools) in the Fraser Health area are known to have had exposures over the first four months of the 2020-21 school year.

This is not unexpected, as the majority of confirmed cases of COVID-19 have been in the health region that spans from Burnaby to Boston Bar.

Looking just at Vancouver Coastal Health, which includes the city itself, as well as Richmond to the south and up the coast to Bella Coola, 149 schools have known exposures, or 41.4 per cent.

Hearing the latest numbers may be worrisome to some parents, but public health officials including Dr. Bonnie Henry have been quick to point out very few actual transmissions have been tied to these exposures.

In fact in all of B.C., only a handful of actual outbreaks have been confirmed at the province's schools, and rarely has an entire school been closed down.

The provincial health officer has addressed this several times, including in October, when the province experienced its first outbreak at a school in Kelowna.

At the time, there was only one outbreak during the entire pandemic, compared to 213 "exposure events."

There have been at least three other outbreaks since that time, but relative to exposures at B.C. schools, there have been few confirmed transmissions, Henry has argued in the past.