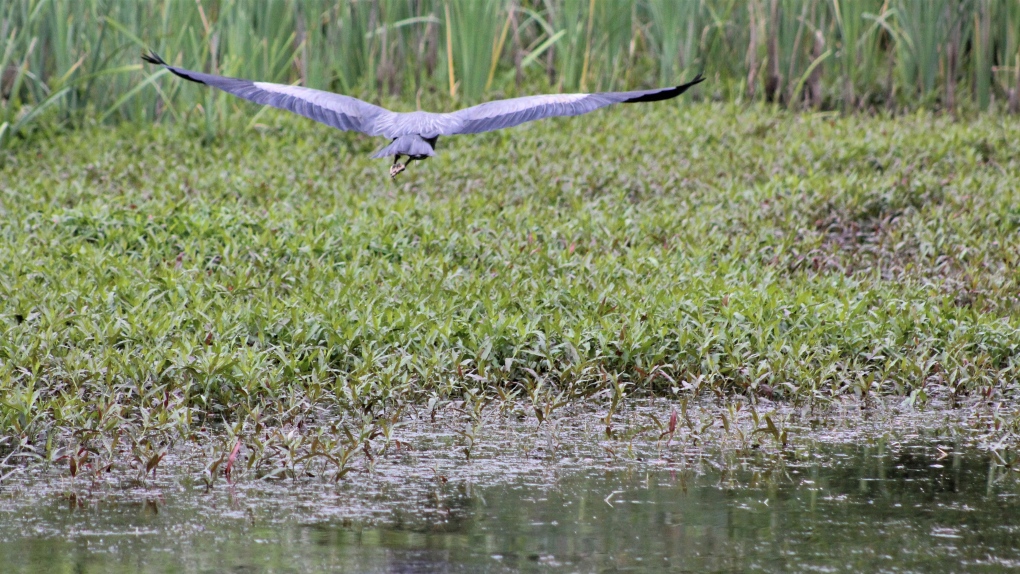 A great blue heron is pictured flying over a pond at Jericho Beach in Vancouver on Saturday, June 13, 2020. (Marian Cohen, submitted through Weather Watch by CTV Vancouver)

VANCOUVER -- More than a dozen great blue heron fledglings were found dead this week after a tree with several nests fell in the Greater Vancouver area.

A news release from the Wildlife Rescue Association of BC says six fledglings were found in critical condition and it will rehabilitate the two that survived in hopes of returning them to the wild.

It says there has been disturbance in the area around Tsawwassen First Nation, where the nests were found, including trees being cut down.

The wildlife association says the baby birds had injuries including pelvic fractures, loss of vision, inability to walk or stand and central nervous system trauma.

It says great blue herons are a familiar sight on British Columbia's coast with their wide wings, long necks, grey-blue feathers, the plumes on their heads and their remarkably still stance in water, as well as the black line above their eyes that distinguishes them from any other bird.

The B.C. environment ministry classifies the herons as vulnerable since their numbers are decreasing, mainly due to human activity.

This report by The Canadian Press was first published June 24, 2020.