More than 200 wildfires in B.C. already this year, 7 of which were in the last week 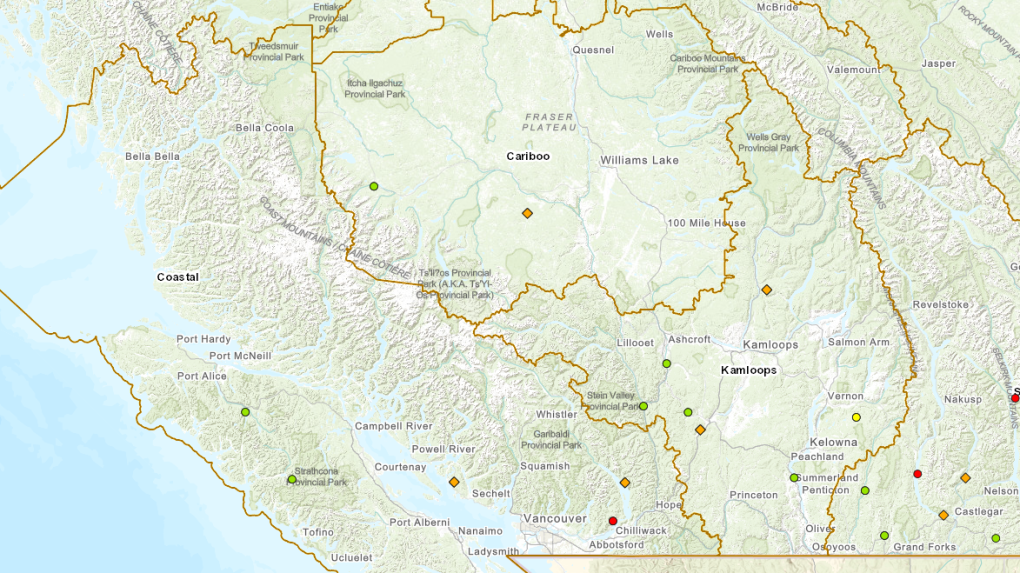 Part of a map from the BC Wildfire Service shows active wildfires as of May 17, 2021.

VANCOUVER -- BC Wildfire Service crews were called to a 10-hectare fire burning five kilometres north of a small community in the Fraser Valley Sunday.

A spokesperson says ground crews were receiving air support to fight the fire that was first spotted Saturday night near Harrison Mills, north of Chilliwack.

The service says the fire wasn't threatening any structures and its cause remains under investigation.

It says B.C. has recorded more than 200 wildfires so far this year, up by seven in the last week.