Model says she was banned from B.C. provincial park over topless shoot 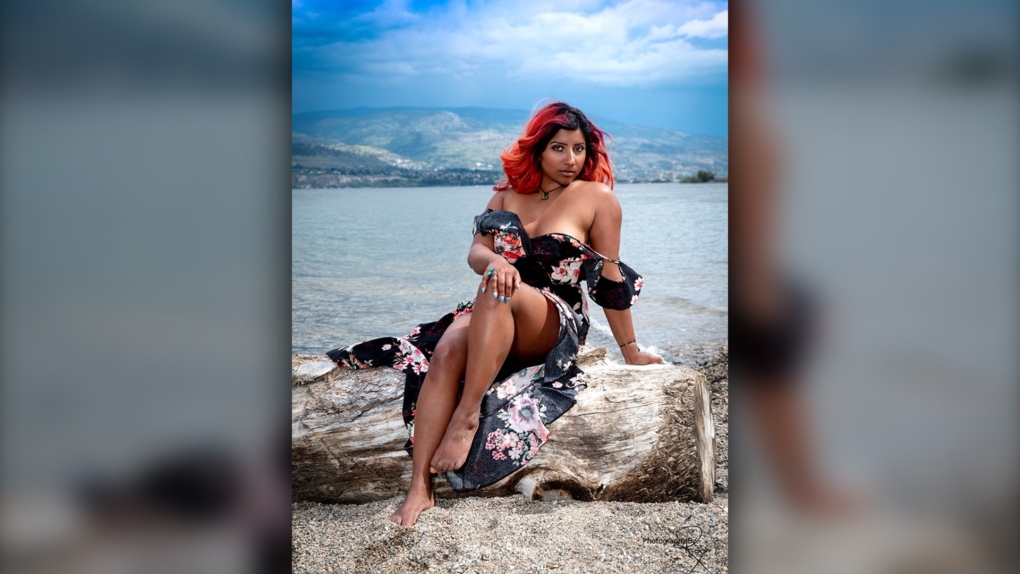 VANCOUVER -- A Vancouver based model claims she was evicted from Kentucky-Alleyne Provincial Park for doing a topless photoshoot at the end of June.

On June 29, Gaia Wijesinghe met with two photographers, including local Matthias Wiegand, at the Loon Lake rest stop. From there, the group made their way to Kentucky-Alleyne Provincial Park where Wijesinghe and her boyfriend intended to camp.

While at the lake, the group made their way down to the beach near the boat launch and proceeded to take photos while Wijesinghe posed in her bikini with the turquoise-hued lake in the background.

Feeling inspired by the beautiful landscape, Wijesinghe was comfortable enough to remove her bikini top and do a few photos topless.

“We did a full bikini shoot and then asked people around us before doing a topless shoot,” said Wijesinghe.

Because there were other people at the beach, Wijesinghe asked them if they would be bothered by her removing the top half of her bathing suit. According to Wijesinghe, no one objected, and she felt it would be acceptable to go ahead.

“People in our eyesight said they were okay with it, and we proceeded for around an hour,” Wijesinghe explained.

At this point, Wijesinghe's partner realized he had locked his keys in their car and went to find a Park Facility Operator in the hopes that they would be able to call a tow truck to come and unlock the car.

“He then came down to me and told me the news that his keys were locked in the car,” said Wijesinghe.

“My shoot was finished, and the photographers had left, we realized it would take a few hours for the tow truck to come in from town. So, we went back to the lake.”

When Wijesinghe and her partner eventually returned to their vehicle in order to be there when the tow truck arrived, Wijesinghe claims the female Park Facility Operator accosted them.

“She pointed and drove her golf cart while saying loudly to my partner, `I did you a favour earlier', by giving us a tow truck number, `and you had to go and do this,”' said Wijesinghe.

“I asked what did we do? Because I actually had no idea what she could be that mad about. And she said `you know what you did, don't pretend! There were families with children there! I can't believe you!' Then she took photos of both of us and the license plate of the car and said you better leave right now.”

The park facility operator then told Wijesinghe and her partner that they were banned from the park for life.

In response to a query by the Herald regarding the event, BC Parks responded that Wijesinghe was asked to leave because she did not have a permit for the photo shoot.

“On June 29, 2020, the Park Operator responsible for Kentucky-Alleyne Provincial Park received multiple complaints from park visitors about a photo shoot being conducted within the park,” said the Ministry of Environment and Climate Change Strategy spokesperson.

“The Park Operator observed activity that presented as a commercial photo shoot with privacy screens and professional camera equipment set up, at or near the boat launch to Alleyne Lake. Park Use Permits are a requirement for this type of activity within the boundaries of all Parks and Protected Areas in BC. When approached by the Park Operator, it was determined that neither parties involved had procured or could produce a valid Park Use Permit authorizing them to conduct this activity.”

However, both Wijesinghe and the photographers say they were never approached or spoken to by anyone from the park regarding permits.

“While the photographers were on site, no member of the shoot was approached by anyone about this shoot: not by a park operator, not by a guest; not before, during, or after the shoot; not about toplessness, and not about permits,” said photographer Matthias Wiegand.

“The first mention of permit requirements was made after I posted on social media. The shoot ended about noon, the female park operator started harassing Gaia and her friends at about 1:30, the video was made at about 1:45.”

The video to which Wiegand refers shows a male park facility operator engaging with Wijesinghe, who is filming.

In the video, the park operator declines to answer Wijesinghe's question regarding whether or not being topless is illegal in the park, but confirms that she is being asked to leave.

“So, you're kicking us out right now?” Wijesinghe asks.

To which the operator replies, “Yes.”

“For being topless in the park?” Wijesinghe continues.

At the time of printing, the Ministry of Environment and Climate Change Strategy has not responded to further inquiry regarding the video, which was submitted to them via email for comment.