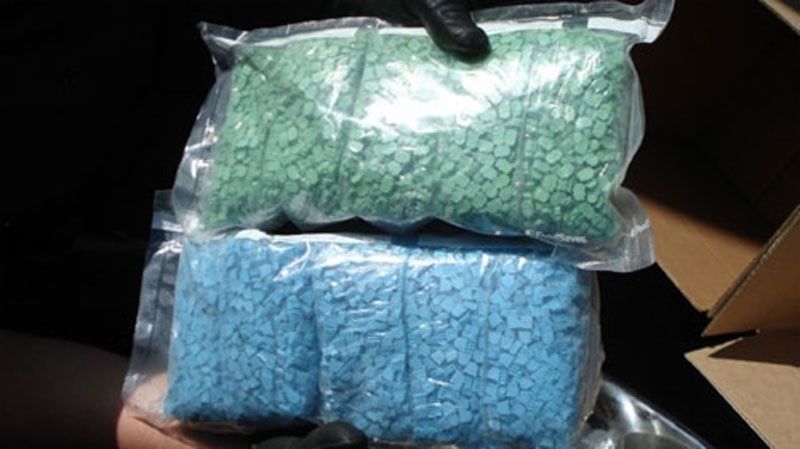 Ecstasy seized by police is shown in this file photo. (CTV)

An underage suspect accused of dealing drugs to a 13-year-old girl who overdosed and died last year has pleaded guilty to trafficking, according to police.

The victim bought MDMA from a street-level dealer near the 22nd Street SkyTrain Station in New Westminster in July 2017, then suffered a fatal overdose on her way home to Port Coquitlam.

Police managed to arrest and charge a youth, who can't be named because of his age, and the accused pleaded to one count of trafficking in a controlled substance last week.

Sgt. Jeff Scott of the New Westminster Police Department described the case as "tragic and heartbreaking."

"We hope that the family of the 13-year-old is able to get some sense of closure and peace after this very challenging time," Scott said in a statement.

Police also urged parents to open a dialogue with their teenage children about the risks of drug use.

The young trafficker is scheduled to be sentenced in January 2019.