Vessel in English Bay fuel spill acquitted of all charges 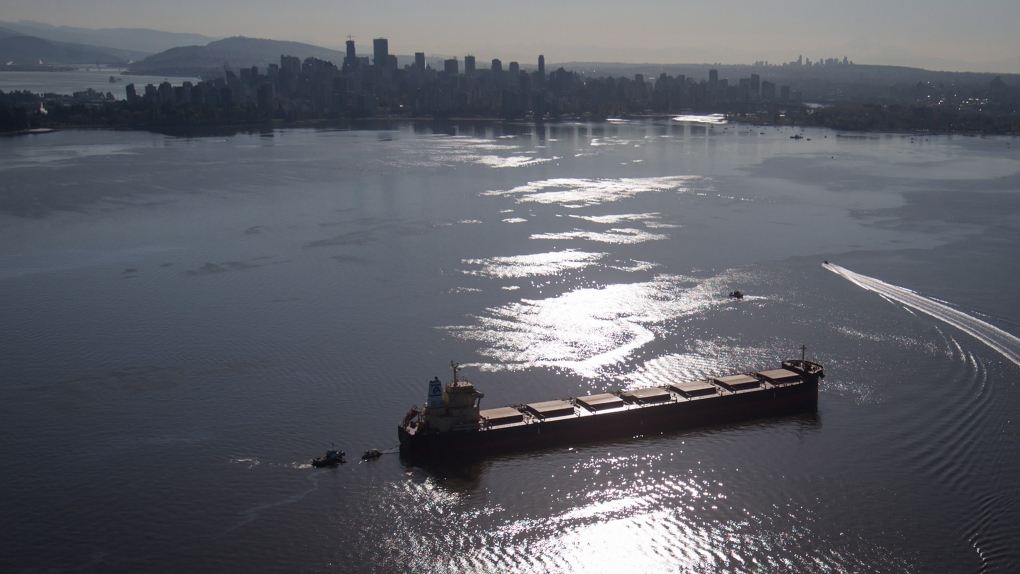 VANCOUVER - A British Columbia provincial court has acquitted a vessel on all charges over its spill of 2,700 litres of bunker fuel into Vancouver's English Bay.

In a 77-page ruling released Thursday, Judge Kathryn Denhoff says the MV Marathassa discharged a harmful pollutant into the waters of English Bay and says four migratory birds were smeared with oil in April 2015.

But her ruling says the Marathassa exercised due diligence and the discharge was caused by two unforeseeable shipbuilder defects on the new vessel, which had only been in operation for three weeks.

It says the defects were only discovered as a result of the leak and were not foreseeable to external shipbuilding auditors nor to two experienced Transport Canada inspectors, who inspected the vessel in a search for the source of the leak.

The ruling says the Marathassa's crew also implemented its pollution emergency plan by taking samples of the fuel oil in the water and helping with containment.

“As a result, the Marathassa is acquitted of all charges,” the ruling says.

“The Marathassa also took all reasonable steps to avoid the fuel oil spill on April 8, 2015.”

The City of Vancouver filed a federal court claim in April against the owner of the Marathassa, saying it still hadn't received compensation for about $550,000 it spent on response efforts.

In March, the B.C. Court of Appeal ruled that Alassia Newships Management Inc., the Greek company that operated the vessel and employed its crew, was not properly served a summons notice so the trial proceeded only against the Marathassa.

Read the full court documents below. Viewing this on our mobile beta site? Check out a compatible version here.