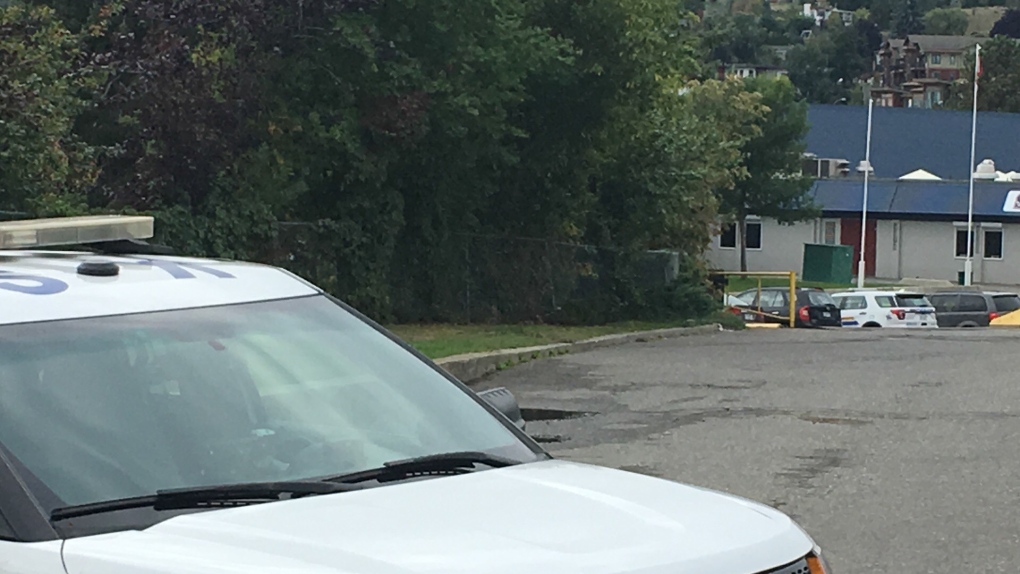 Kamloops RCMP swept Sa-Hali Secondary School after a unspecified threat was reported to police by the school's principal. (Radio NL)

Mounties have confirmed the threat that forced the evacuation of a Kamloops secondary school early Wednesday morning was unfounded, as they probe the third unspecified threat made against a secondary school in the city this week.

Sdoutz had already evacuated the school said Cpl. Jodi Shelkie in a phone interview from Kamloops.

Shelkie said students would stay home from school until further notice, and any students that did arrive while officers swept the grounds were bused, along with their teachers, to another location.

"Officers were able to thoroughly search the school and determined it was safe," Shelkie told CTV News Vancouver.

Shelkie said RCMP did not yet know if there were any direct links to the three threats, though she speculated that media attention about the unsubstantiated threats could have created a chain reaction of copycat activities.

She confirmed the RCMP know who made the second threat, though as a minor their identity is protected by the Youth Criminal Justice Act and says no charges are being recommended.

"At this time we're asking anyone with information on any of them to contact Kamloops RCMP," said the corporal.

Last Wednesday, threats against Sa-Hali Secondary were made in a Snapchat video and a bomb threat was found painted on Valleyview Secondary two days later.