These are the finalized locations for 6 Broadway Subway stations 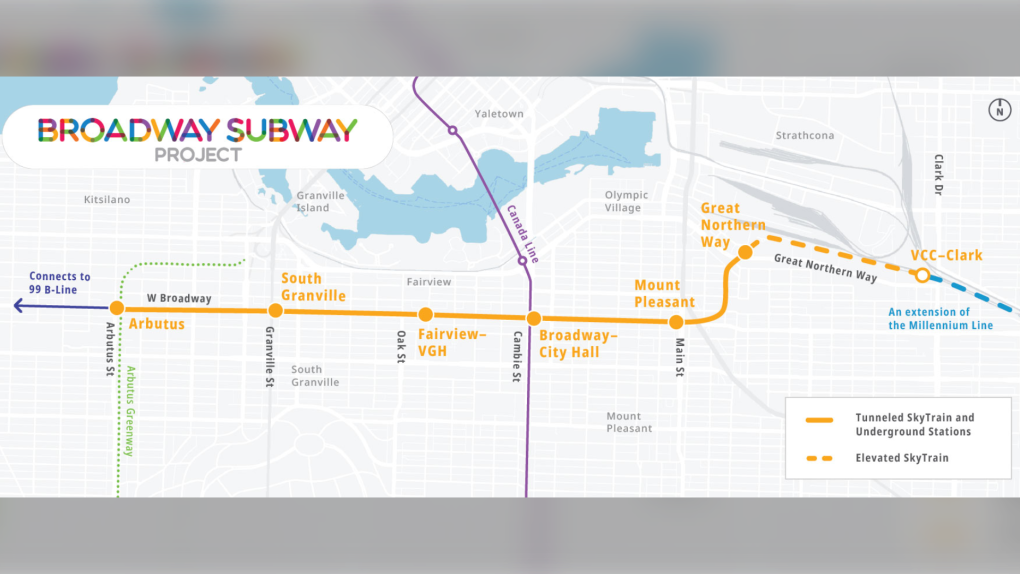 A map from the B.C. Ministry of Transportation shows the locations of six stations on the Broadway Subway line.

The province says six locations for new Broadway Subway stations have been finalized.

In a statement Wednesday, the Ministry of Transportation provided more information on the stops previously suggested by TransLink.

The approximate locations were first revealed by TransLink in the spring. The update this week provides information on where the station entrance locations will be located, following technical analysis and input from project partners.

The ministry said the station names are being used in the interim, but have not been finalized.

Here's where the six stops will be located when the 5.7-kilometre Millennium Line extension has been built:

The station meant to create better access to Emily Carr University's Northern Way campus will have an entrance on the east side of Thornton Street just north of Great Northern Way. 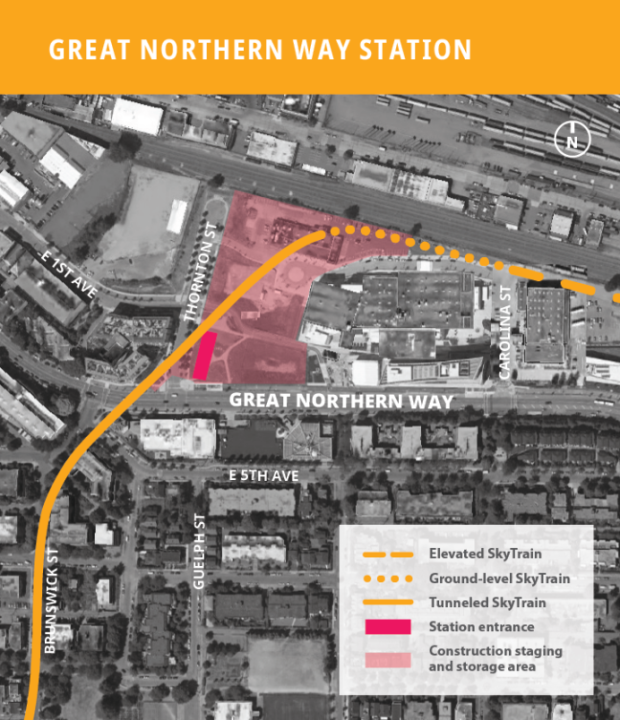 The entrance will be at the southwest corner of Broadway and Main Street. 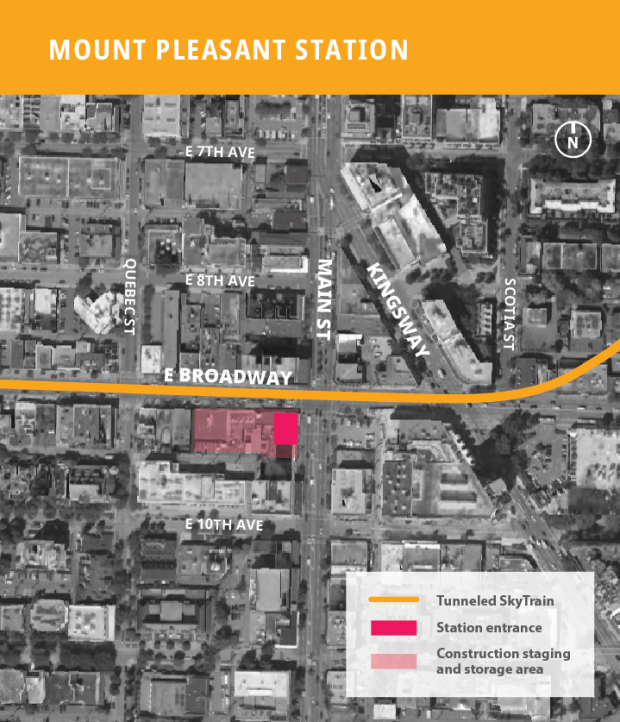 Those planning to take the Broadway Subway will use the existing Canada Line entrance on the southeast corner of Broadway and Cambie. 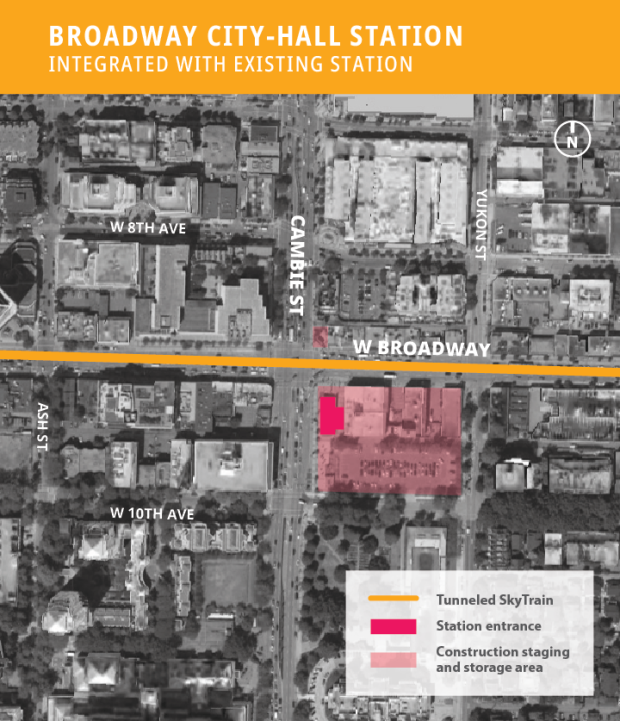 The entrance will be on the southwest corner of Broadway and Laurel Street, near Oak Street, the province said. This location is meant to provide better access to existing medical facilities in the area including the Vancouver General Hospital. 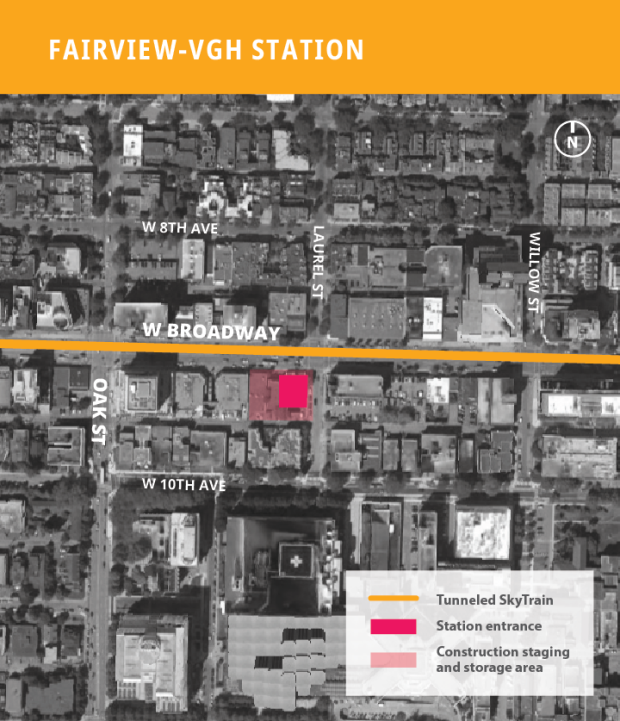 The entrance will be built on the northeast corner of Broadway and Granville Street. 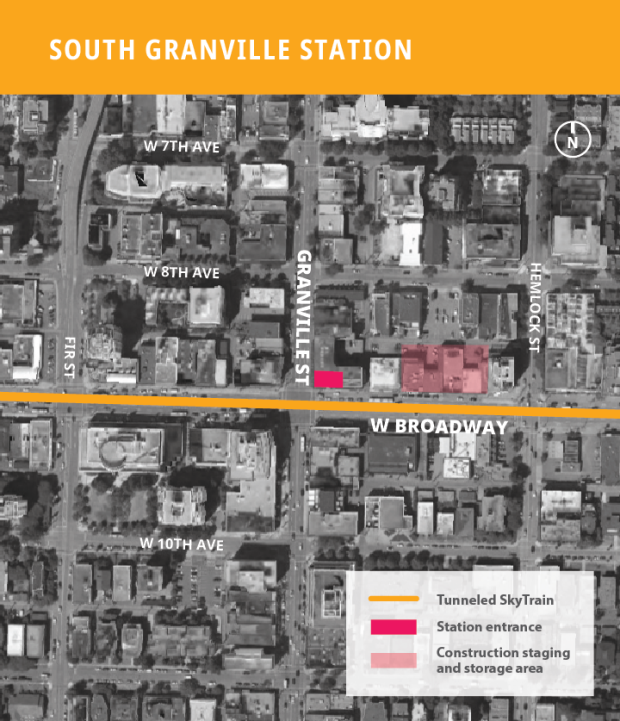 The entrance to the station linking UBC-bound passengers with B-Line bus service will be built at the northeast corner of Broadway and Arbutus Street. 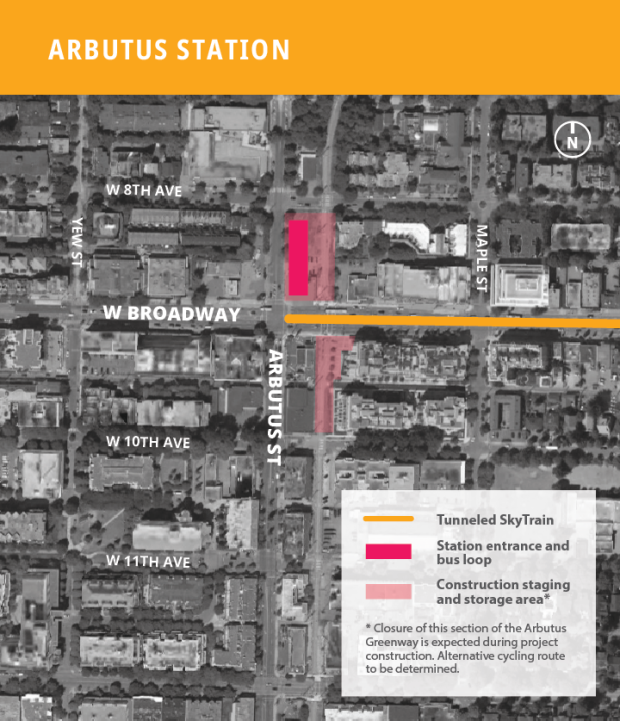 Construction is scheduled to start next year, and TransLink hopes it will be in service in 2025.

All graphics from the Ministry of Transportation