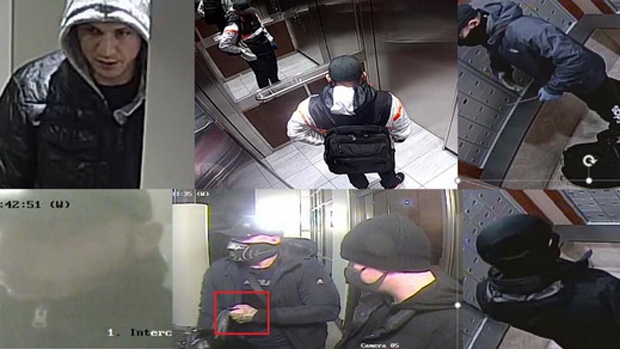 Suspects wanted in connection with a series of mail thefts in Burnaby are seen in these images provided by the RCMP.

A man in his 30s has been charged in connection with a number of alleged mail thefts in Burnaby in December and January.

The 31-year-old is facing 12 charges including break and enter, having possession of break-and-enter tools and mail theft. According to the RCMP, Sarsfield is also facing charges in other jurisdictions across the Lower Mainland.

"Our Prolific Offender Suppression Team worked diligently alongside a number of other agencies to assist in locating the suspect," Cpl. Daniela Panesar said in the release. "We want Burnaby residents to continue to be vigilant and to follow our advice in order to prevent mail thieves from operating in our city."

Investigators are also asking for help located another suspect wanted on an outstanding warrant relating to alleged mail thefts in Burnaby.